Janhvi Kapoor, who made her debut in 2018 with ace filmmaker Shashank Khaitan‘s ‘Dhadak’ recently took to social media to share a post as the film completes 2 years today. Not only that but she also penned a heartfelt message along with the post.

The talented young diva, who made her debut in Bollywood with ‘Dhadak’ which also starred Ishaan Khatter took to Instagram stories and shared a post with a caption which read as “Will always be so grateful and thankful for this experience and all these people.” Not only her but even Ishaan took to social media to celebrate the occasion with a throwback post. Check out their posts here: 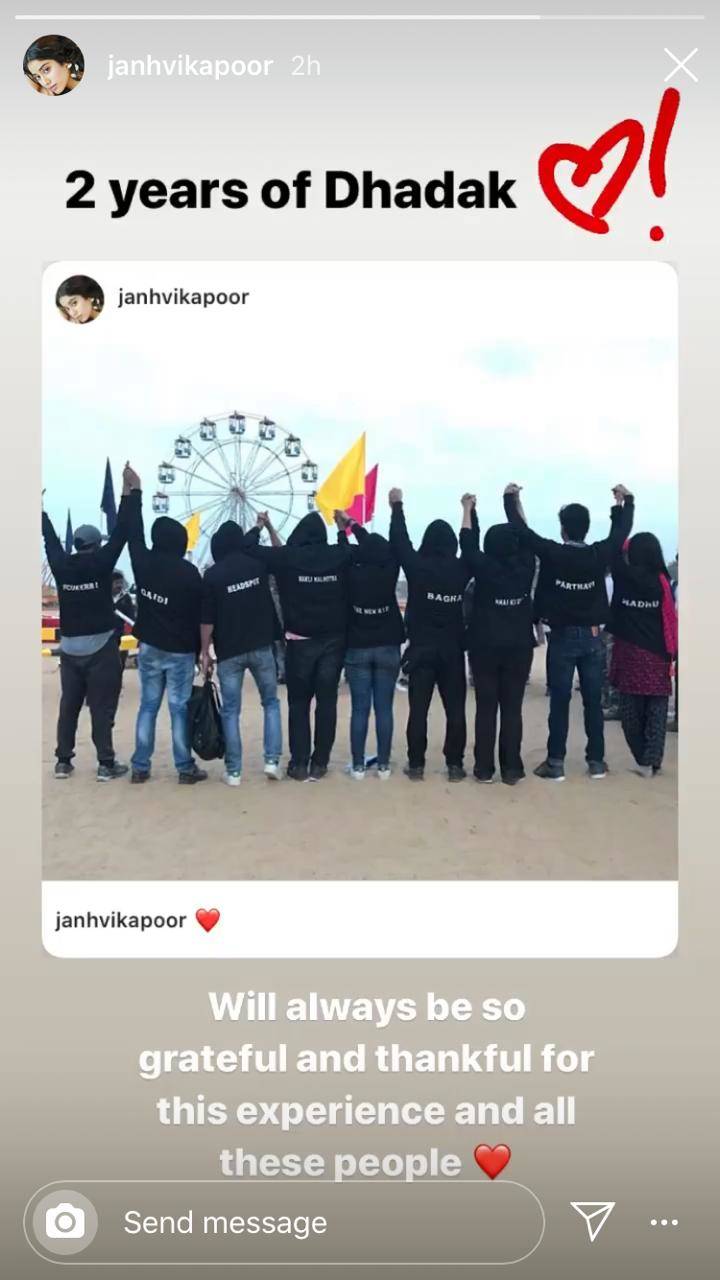 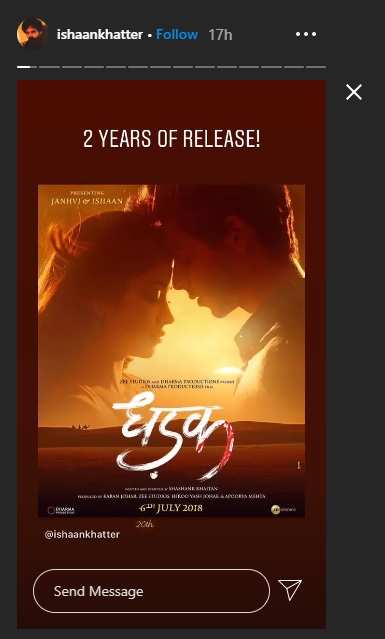 Meanwhile, on the professional front, Janhvi is all set to team up with Kartik Aaryan and Lakshya for ‘Dostana 2’. Apart from that she also has Karan Johar‘s period drama ‘Takht’ in her kitty as well.

On the other hand, Ishaan will soon be seen in Maqbool Khan’s ‘Khaali Peeli’ with Ananya Panday. Meanwhile, he will also be teaming up with Katrina Kaif and Siddhant Chaturvedi for a horror-comedy titled as ‘Phone Bhoot’.