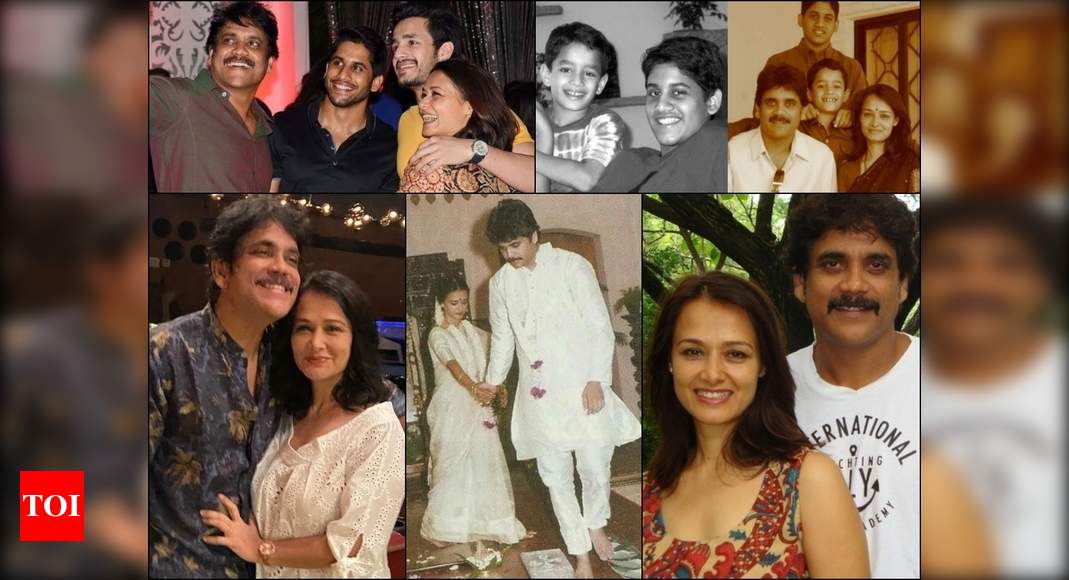 One among the most popular celebrity couples of Indian cinema, Akkineni Nagarjuna and Amala are celebrating their 28th wedding anniversary on Thursday (June 11). Starting off with ‘Kirai Dada’ in 1987, the adorable couple starred alongside each other in Telugu films like ‘Chinababu’, ‘Shiva’, ‘Prema Yuddham’ and ‘Nirnayam’. After a cute love tale, they eventually tied the knot in 1992 in an intimate wedding ceremony at Arya Samaj. As Nag and Amala celebrate 28 years of togetherness, check out more about their love story.

Even before he was launched as a hero, Nagarjuna married Lakshmi Daggubati, sister of veteran actor Venkatesh in 1984. It was reported that Akkineni Nageswara Rao (ANR) has arranged the wedding as he was good friends with Lakshmi’s father Ramanaidu. The couple were blessed with a son named Naga Chaitanya in 1986. However, four years later, Nagarjuna and Lakshmi’s relationship hit a rough patch and eventually, the couple got divorced in 1990. Keeping their past behind, both the individuals maintain a friendly rapport till date.

With back to back hits like Shiva and Prema Yuddham, Amala was at the peak of her acting career when she decided to marry Nag. After sharing the screen in five films, both became thick friends and developed an inseparable bond. During one of their trips to the United States, the second-generation Akkineni hero proposed to his sweetheart out of the blue and finally, they tied the knot on June 1992. After a couple of years into marriage, the duo was blessed with a son, Akhil Akkineni, in 1994. 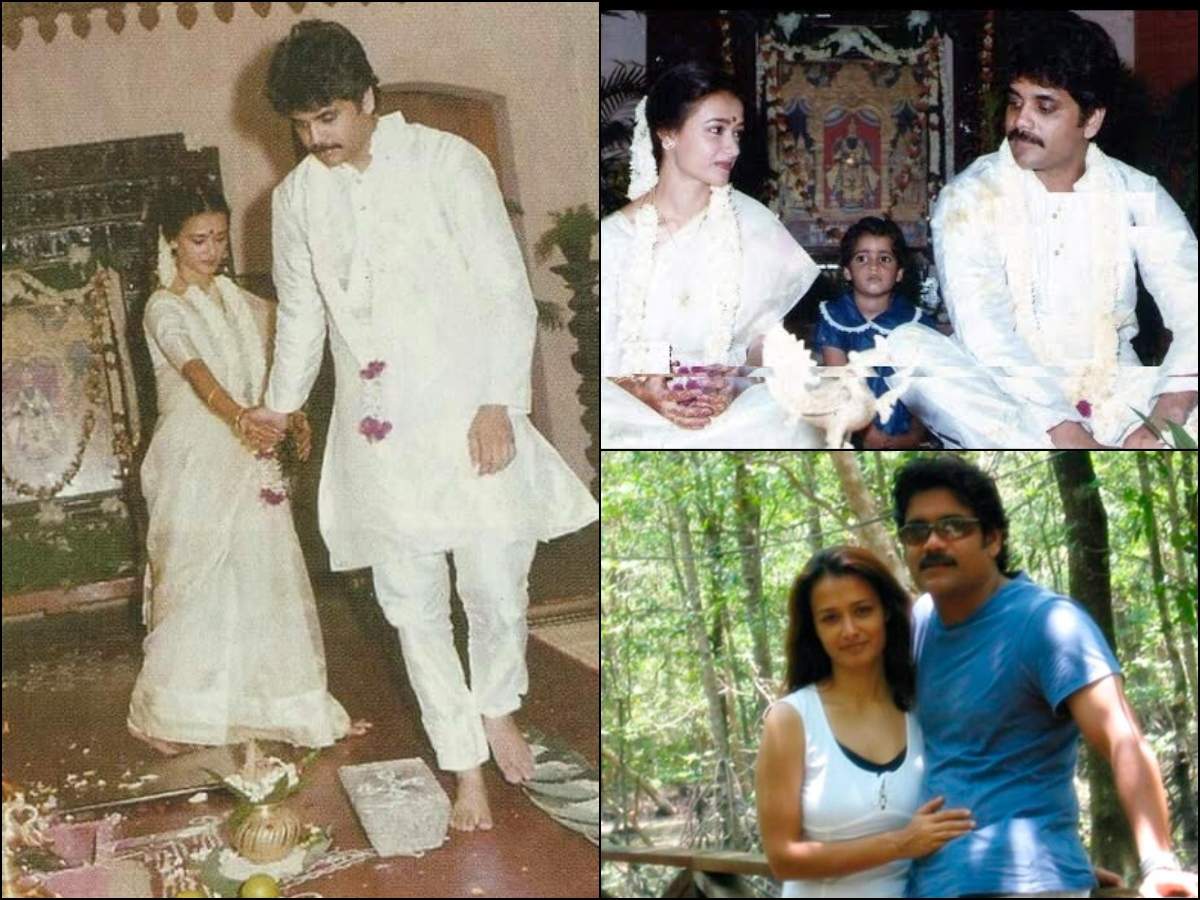 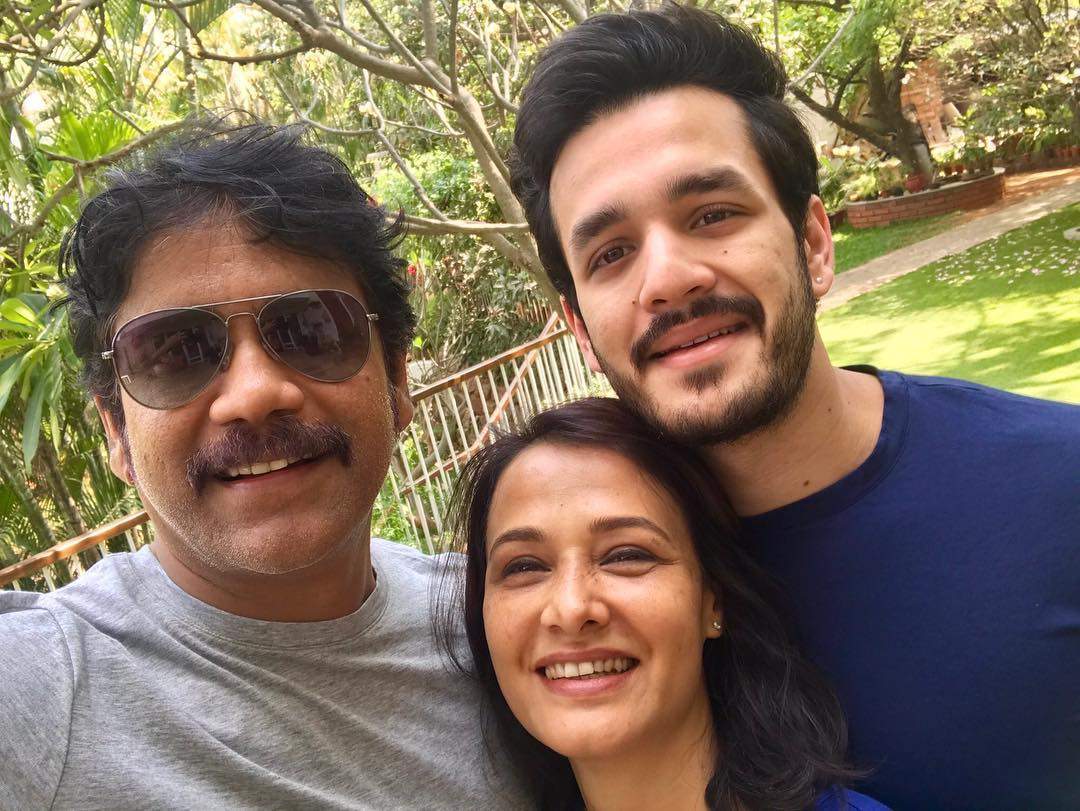 Talking about her cute little love story, the veteran actress once said “Well like movies, love and marriage also happened. Nag surprised me out of the blue and asked me to marry him. When Nag proposed to me, I felt like I was going into a long holiday and it lasted for over 20 years. It’s just been a beautiful journey.” Right from their childhood, Naga Chaitanya and Akhil were made to spend good time with each other and both the celebrity lads showed respect to the choices their parents made. During an interview with a TV channel, Nagarjuna stated that the happiest moment in his life was bringing back Chaitanya to his Hyderabad home upon completion of the latter’s schooling in Chennai. 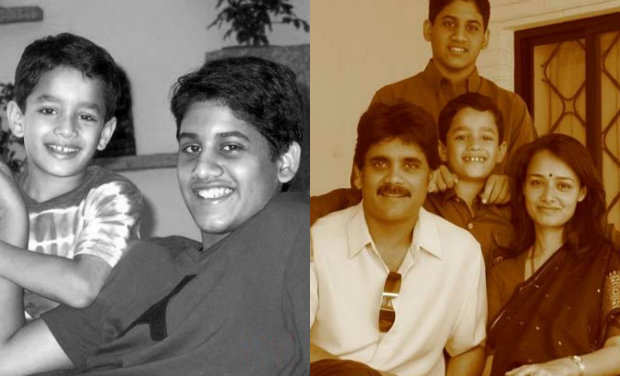 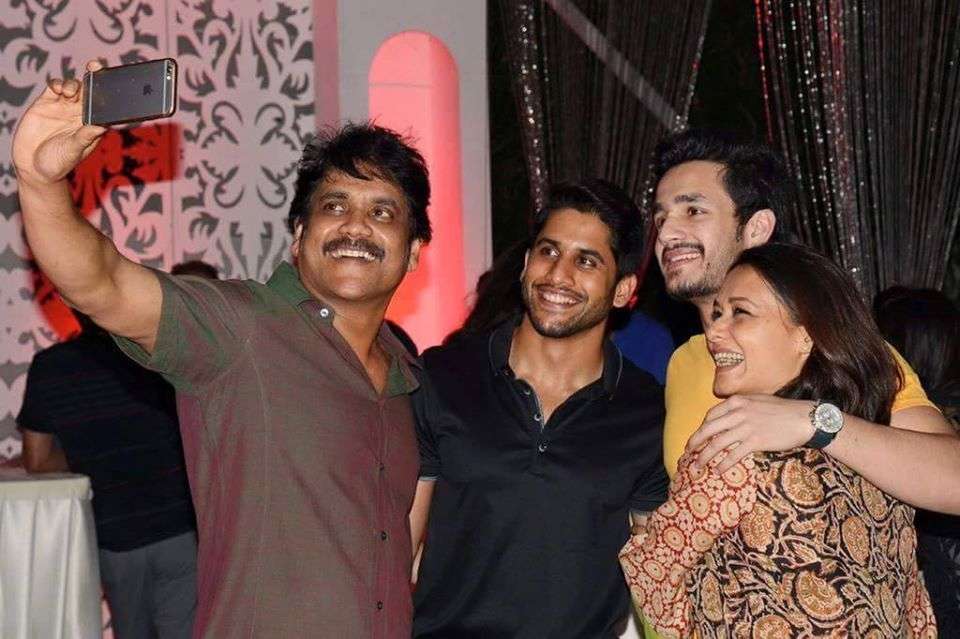 In an illustrious film career spanning for over three decades, Nagarjuna has miraculously reinvented himself according to changing times and kept his scintillating stardom intact. Considered as the king of versatility in Tollywood, the handsome hunk managed to strike the right chord with both the masses and family audience, thus establishing himself as one among the leading stars down south.

Time and again, he proved that ‘age is just a number’ by consistently maintaining a well-toned body with no signs of ageing whatsoever. He credits regular exercise, positive mindset and the pursuit of healthy day-to-day habits as his fitness mantra. At present, the 60-year-old actor is featuring in a new-age action thriller directed by debutante Ashishor Solomon. Titled as ‘Wild Dog’, the film is a real-life inspired drama which showcases Nag as an NIA officer. 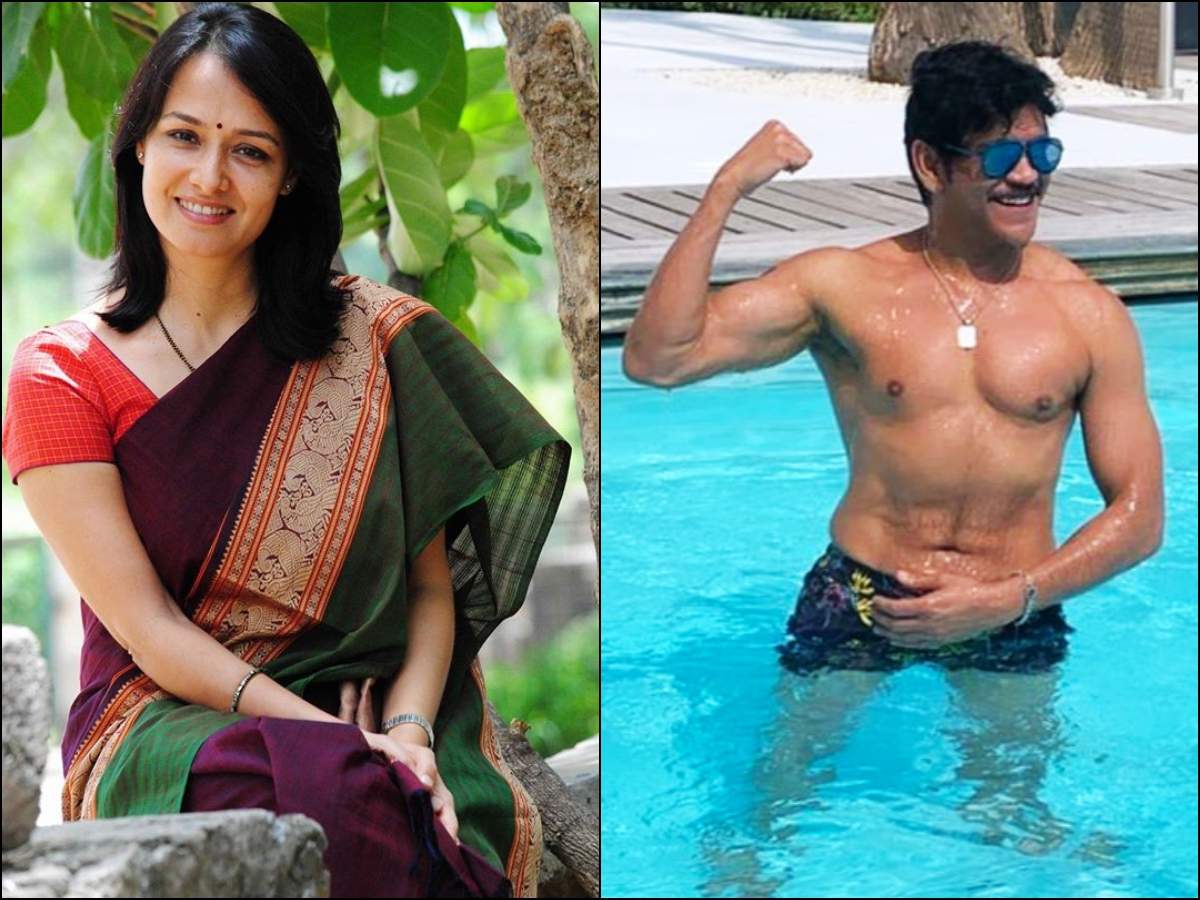 On the other side, Amala opted for a long hiatus from films after marriage. In 1992, she established the non-profit registered society named ‘Blue Cross of Hyderabad’ which went on to become one of India’s largest animal welfare organisations over the years. She is also the director of Annapurna International School for Film and Media.

As Nagarjuna and Amala are celebrating their 28th wedding anniversary, let’s wish many more years of togetherness for the evergreen couple. 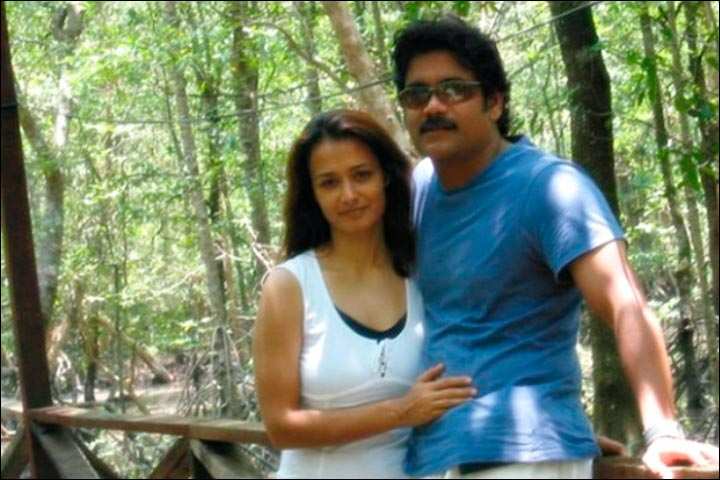 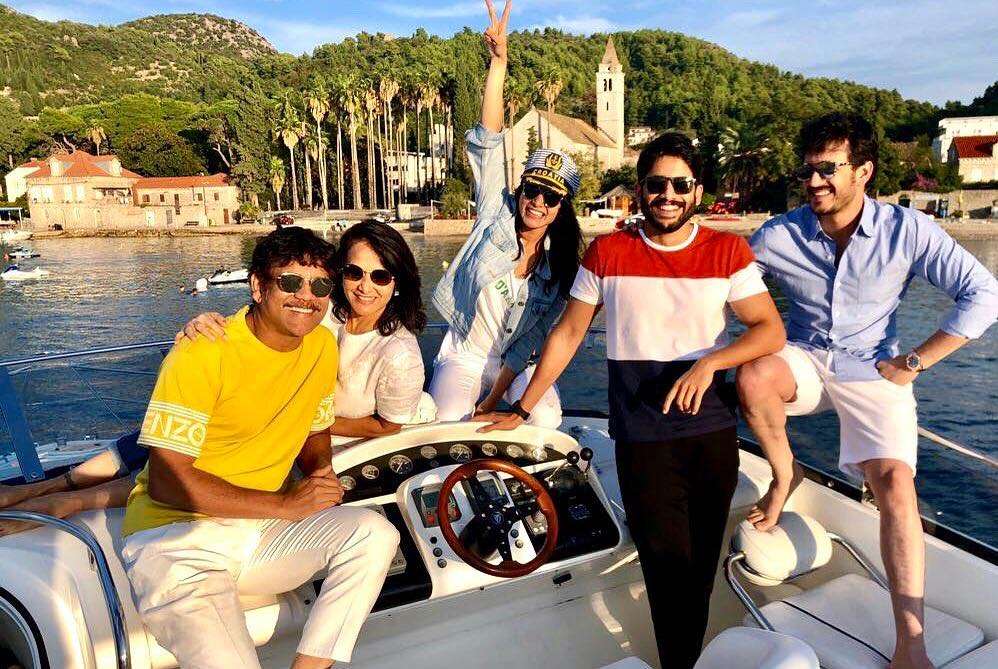