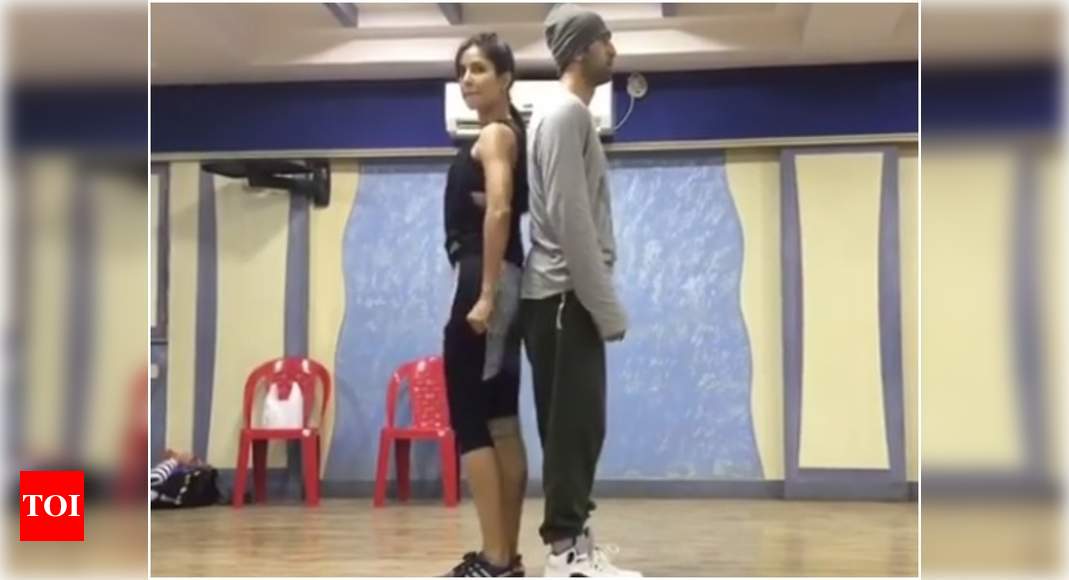 Ranbir Kapoor and Katrina Kaif‘s comedy adventure flick ‘Jagga Jasoos’ completes 3 years today and while fans have been taking to social media to share throwback stills from the film, we take a look at Katrina’s BTS post wherein she and Ranbir can be seen practising their dance moves on the song ‘Ullu Ka Pattha’.

Taking to Instagram, Kat had shared this video with a caption which read as “The competition is on . Take your pick . Note the humility of the person on the left and the triumphant expression of the person on the right …. 😅#JustSaying #JaggaAndJughead.” Check out her throwback post here:

While the film failed to impress the audience, it grabbed a lot of attention as the leading duo, who were together back then had parted ways during the shoot of the film. But they never left their difference come between their professional commitments as they completed the film.

Meanwhile, on the work front, Katrina will soon be seen in Rohit Shetty’s cop drama ‘Sooryavanshi‘ alongside Akshay Kumar. On the other hand, Ranbir is teaming up with girlfriend Alia Bhatt, Amitabh Bachchan and others for Ayan Mukerji‘s fantasy film ‘Brahmastra‘.