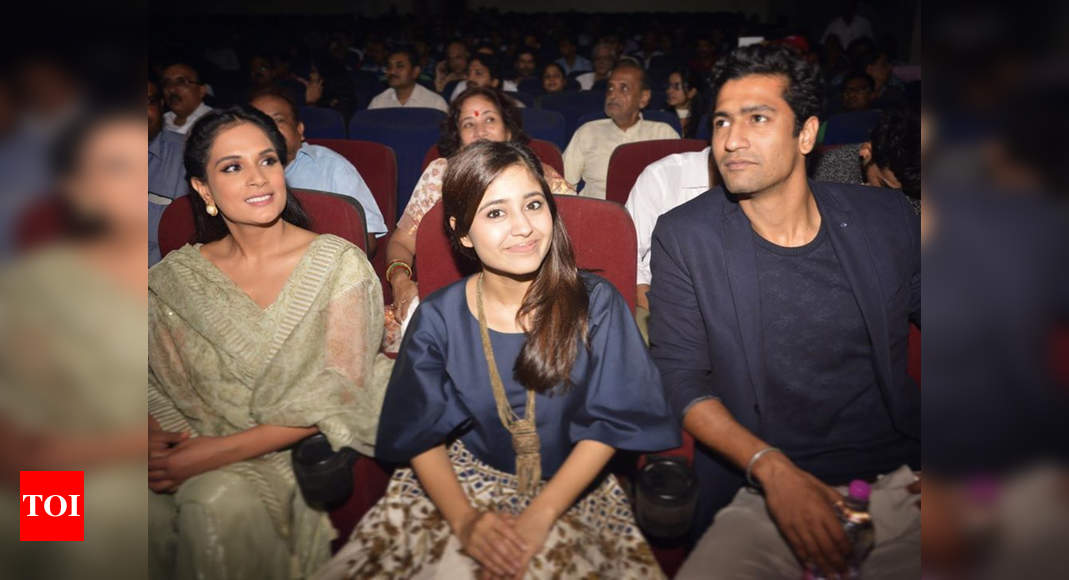 To celebrate the milestone, the ‘Masaan’ fame actress took to social media to take a walk down the memory lane by sharing several pictures with the co-stars, Vicky Kaushal and Richa Chadha among the team from the film premiere in Benaras. Added to this, Shweta further reveals everything that makes ‘Masaan’ special and close to heart.

Speaking about the first film experience, the actress narrates how she felt butterflies in her stomach during the movie premier Friday and was full of gratitude. She also recalls donning makeup on herself and even doing her hair.

Shweta wrote in the caption, ” This day. 5 years back. One of the most important things for an actor is that first Friday, when the world sees them on the BIG screen for the first time. And I really couldn’t have asked for a better one. The team, the story, the characters, the place, the music.. all of it so, soooo special and close to our hearts. We were in Benaras for the premiere. The city where where it all began 🙏🏼✨ Khud ka hair and make-up karke, muskuraatey hoe aur tummy mein bahut saari 🦋 ko lekar pahuch gaye thee hum apni film sabke saath dekhne. We felt all kinds of 🎈then and still do. Thank you for the love, the poetry and the baarish. Thank you for making me your Shaalu. #Masaan”

Meanwhile, ‘Masaan’ actor Vicky Kaushal too shared several pictures from his debut film and have received love and support from Bollywood celebrities like, Bhumi Pedenekar, Shweta Tripathi, Dia Mirza, Mukesh Chhabra among others.