Kriti Sanon has immersed herself into poetry during lockdown. The actress, who had a penchant for writing since her school days, has been using poetry to express herself. Today the actress shared a cryptic verse on Instagram that read, “And in between a guilty laughter that pretended to move on, Her eyes shed tears of reality and broke all her delusions”. Since it has been a month today since Sushant Singh Rajput’s demise and fans soon commented that the actress was missing her co-star. 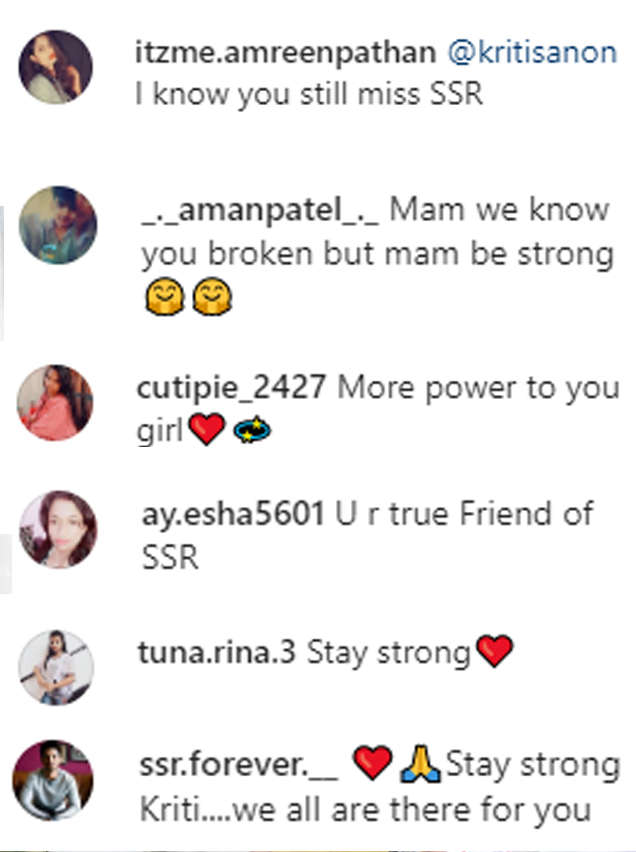 Post Sushant Singh Rajput’s death by suicide on June 14, Kriti Sanon had penned a heart-breaking note for her ‘Raabta’ co-star. The actress had shared on social media, “Sush.. I knew that your brilliant mind was your best friend and your worst enemy.. but it has broken me completely to know that you had a moment in your life where Dying felt easier or better than Living. I so wish you had people around you to get you pass THAT moment, i wish you hadn’t pushed the ones who loved you away.. i wish i could have fixed that something which was broken inside you..I couldn’t.. I wish so so many things….A part of my heart has gone with you.. and a part will always keep you alive..Never stopped praying for your happiness and never will.”

Kriti Sanon was one of the co-stars of Sushant Singh Rajput, who had attended his last rites in Mumbai.