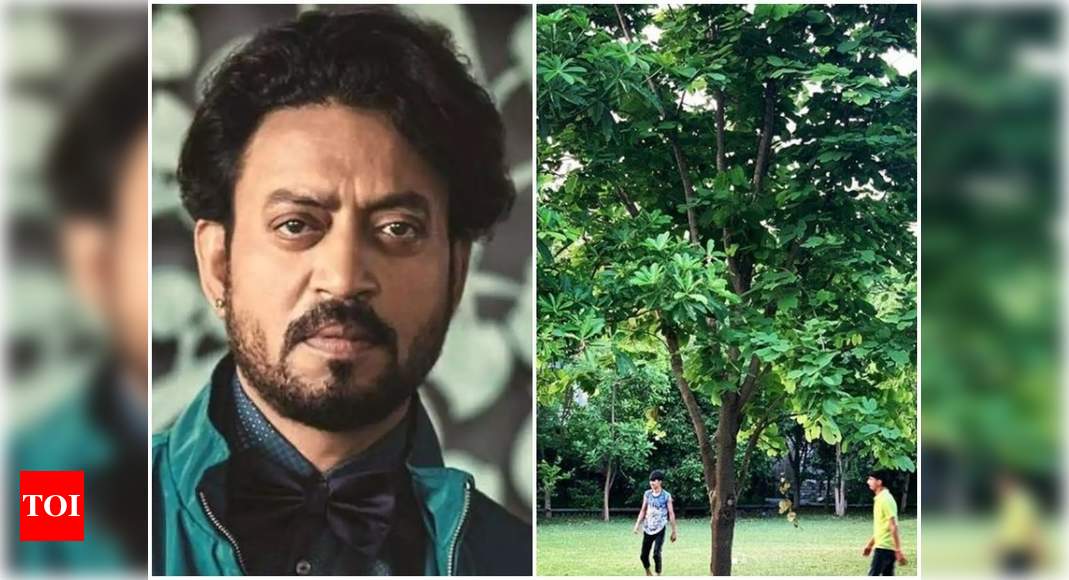 Bollywood actor Irrfan Khan, who brilliant performances on the silver screen used to keep the audience glued to their seats passed away on 29th April due to colon infection. Despite his long battle with cancer, the charismatic actor never gave up and continued to fight and ended up leaving behind a true legacy of his own.

Irrfan’s son Babil Khan and wife Sutapa Sikdar have been keeping his memories alive by sharing never seen before posts on social media. Babil had recently shared a monochrome picture of his father with a camel from the dessert revealing he had a strange understanding of the rain.

Now, Irrfan’s wife Sutapa took to social media to share a glimpse of the tree that her husband had planted back in 2016. She shared a then and now picture with a caption which read as “What a wonderful gift to get today!trees will always bloom even after you are gone plant trees #irrfan #worldenvironmentday #ahanaresorts #kaladungi” Check out her post here:

The talented actor, who was last seen in Homi Adajania‘s ‘Angerzi Medium’ left the audience stunned with his stellar performance after returning to the celluloid after a long battle with cancer. The film which even starred Kareena Kapoor Khan, Radhika Madan and many others is expected to re-release once cinema halls open after situation goes back to normal.