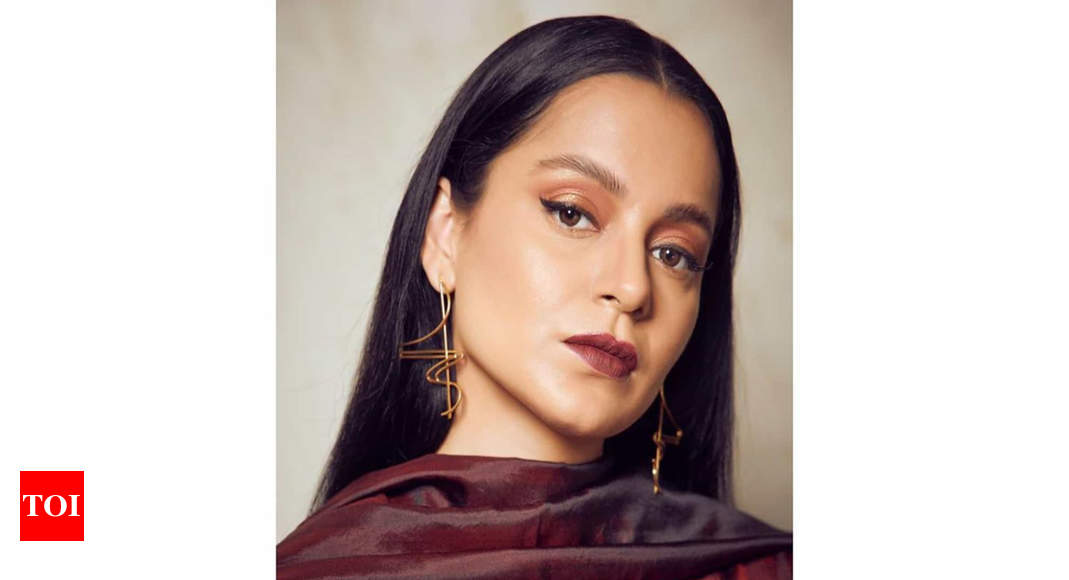 The Kullu district police reached the house of Kangana Ranaut in Manali late Friday night after her team reported hearing gunshots near the house.

While a preliminary investigation by the police did not immediately find evidence of mischief, the outspoken actress believes that it was meant to be a message conveyed to intimidate her, in context of her recent statements regarding the Sushant Singh Rajput case. The police, while they investigate the episode, have deployed a team at the actor’s residence and initiated checking for visitors.

“I was in my bedroom, at about 11.30pm. We have three floors. We have a boundary wall, behind which there are apple orchards and a water body. I heard a cracker-like sound at 11.30. At first, I thought it must be a cracker. And then another shot happened, and I got a little alarmed since that sounded like a gunshot. Right now, there’s no tourist season in Manali or anything, there would be nobody out with crackers at this time,” Kangana tells us.

“So I called my security in charge immediately. And I asked him, what happened? He said, it might be some children or something here, we will go around and see whether it was crackers or some other noise was there. Now this person maybe has never heard a bullet sound, but I have. He thought it maybe has something to do with some mischief. So they went around, but there was nobody there. Now we were five people, and all these people here with me – they all felt it was a bullet noise. And this one doesn’t have a cracker kind of noise. So we called the cops.” 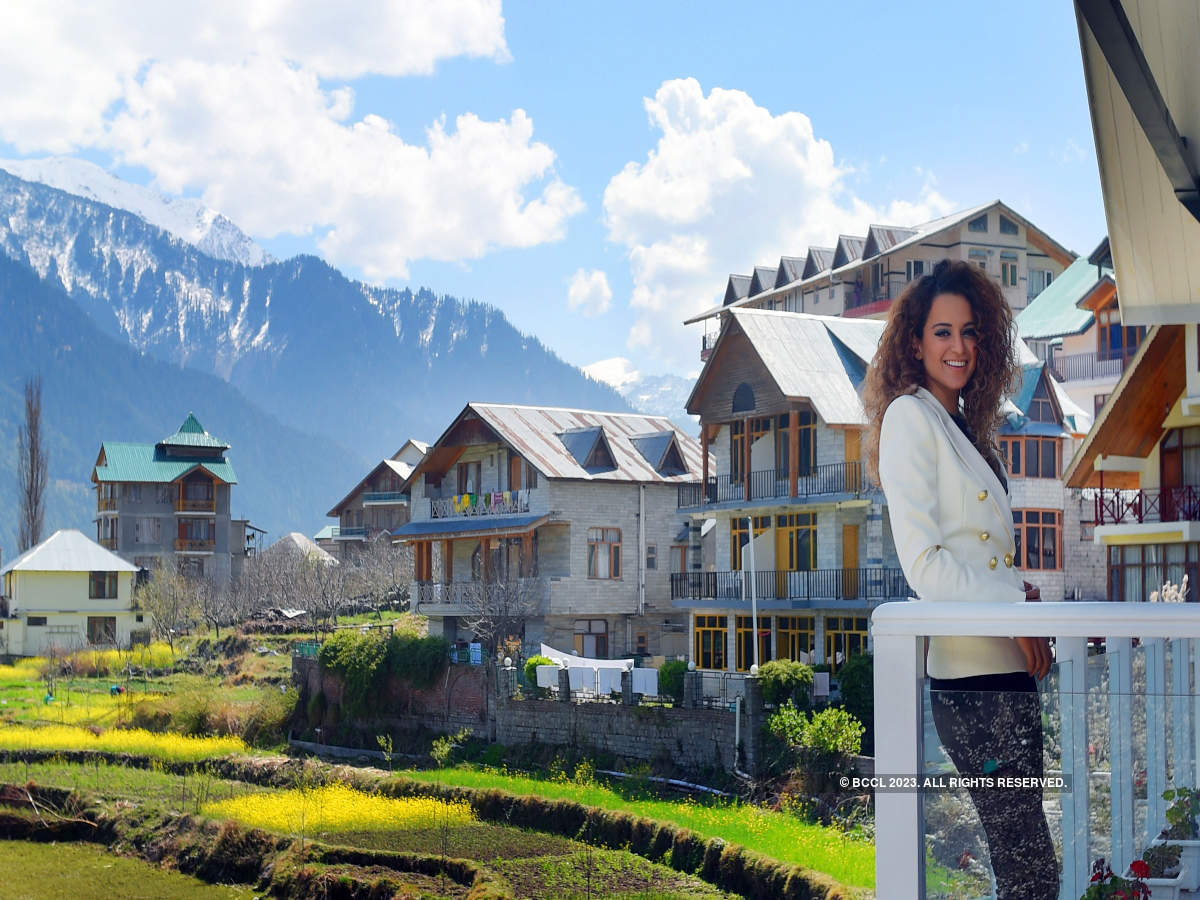 A file photo of Kangana Ranaut at her Manali home

What did the police find?

“They said maybe somebody in the orchard was trying to shoot bats, because the bats, they damage the apples. So it could have been that kind of a shot. So we gave that the benefit of doubt. And then this morning we called the orchard owners from the nearby areas and asked them if they had been here, near my house, and did they shoot any bullets at 11.30pm? And they said no, they haven’t done any such activity. And my staff tells me that in so many years we’ve never seen people shooting bullets at bats or anything like that here in the apple orchards, for sure. And especially not at midnight. So we are just coming to conclusions. Let’s see what this was, and if this is repeated again. I have heard the sound of a bullet and I think it was definitely a bullet, very intently fired twice, two shots with a gap of about eight seconds between them. And it was right opposite my room. So it seems like someone was behind the boundary walls, there’s a jungle and a water body there.”

But what purpose would be served by rounds fired in the air near her home?

“I do feel that, you know, because I have made a political comment on people who are known for their
goondagardi. So this may have been a small-time alarming call for me that okay, you know, don’t talk like that about us or something like that… to me seems like that, because such an activity has never happened here before. And I have witnesses who have also heard it along with me.”

“I don’t think it was a local weapon, what they use, the .22 – because my papa also had a rifle and I heard it often, growing up. This was not that sound. I think some local people may have been hired to come near my place, you know, it is not difficult to pay someone seven-eight thousand rupees here and assign them something like this. To do this to make a statement on the day I called out the chief minister’s son – I don’t think it was a coincidence. People are telling me that they will now make your life miserable in Mumbai. Well, I don’t have to be in Mumbai, they are doing it here also. Is there open
goondagardi in this country? This is how Sushant must have been frightened. But I will continue to ask questions,” she asserts.

Are her parents with her as well?

“No, my parents are in Mandi, where they live. But there is so much stress in the family because of this, because of all that has been happening the past few days. I have received so many threats. It has become very difficult for me to handle my ageing parents, they pressurise me not to say anything. They have not slept the whole night. They will be coming to Manali from Mandi now.”

What have the police done?

“They have left people here and they are saying they will check all vehicles that are coming in.”

On their part, the police, while still probing, have not confirmed foul play so far. The SP, Kullu, Gaurav Singh, told us that “a team headed by a DSP rank officer was rushed to the spot immediately. Nothing concrete came out as, prima facie, it appears to be a case of stray noise created by landlords or farm keepers, who are on night vigil to protect their orchards and farms from wild animals. The area has a lot of farms. Also, forensic experts were with the team, but no chemical trace, bullet empties or cartridges were recovered.” The police has documented the episode in the Daily Diary Register, apart from deputing men at Kangana’s residence. “We have recorded statements of other residents too, to corroborate the facts. The area police has been instructed to keep a close eye,” says the SP.

Three constables were stationed overnight at Kangana’s residence, and a detailed probe into the matter has been initiated by the area police. According to the SHO of Manali police station, Sandeep Pathania, “deployment happened at night. But now, post initial investigations, the patrolling staff in that area has been instructed to remain vigilant. The beat staff of the area will take stock of the situation on a regular basis. They will coordinate with Kangana’s staff at regular intervals.” Responding to Kangana’s statement on all orchard owners stating that none of them had created any such disturbance last night, the SHO said that the police has noted the statements of many people already, and added that “some more people will be questioned today”.

Police sources said the updates on the case are being sent to the CM’s office.

– with inputs from Ankur Batra