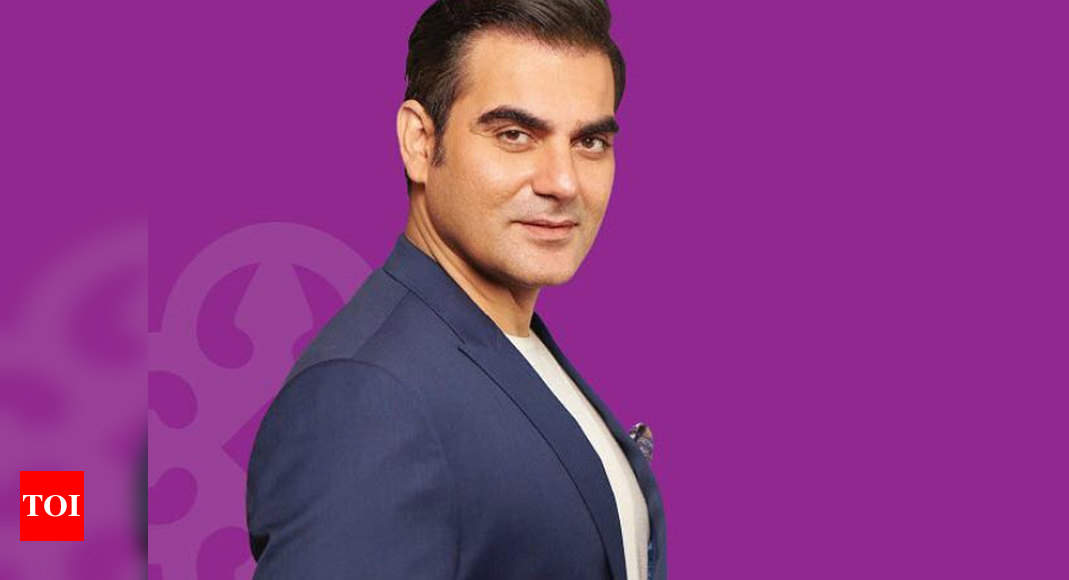 A day after Bollywood superstar Salman Khan sent out a request to all his fans to stand in support of late actor Sushant Singh Rajput‘s family and fans, brother Arbaaz Khan took a swipe at ‘idle minds’.

Taking to his Twitter handle, Arbaaz followed in his brother’s lead, but instead of taking the high road, called out all the hater while sharing a proverb he learnt in school. Admitting that its deeper meaning didn’t make sense to him then, he pointed out all “what’s happening all around us,” and said that the old proverb makes “a whole lot of sense.” 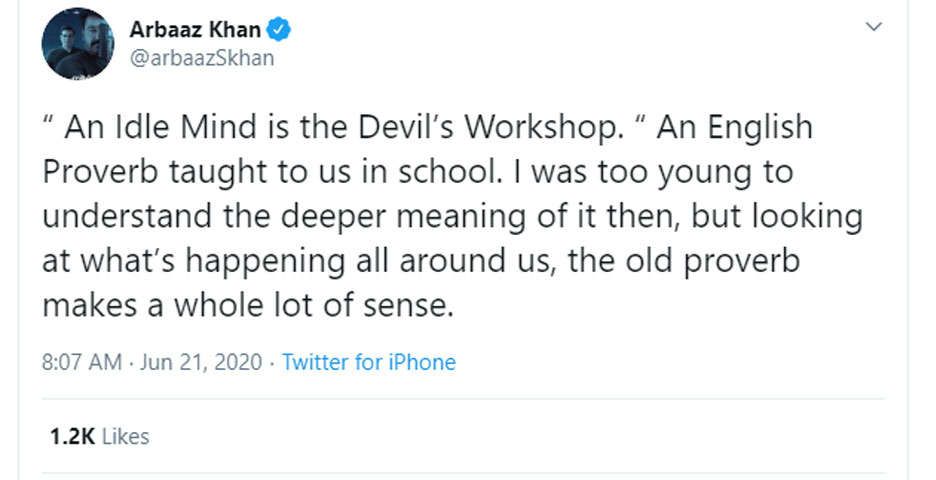 “An Idle Mind is the Devil’s Workshop.” An English Proverb taught to us in school. I was too young to understand the deeper meaning of it then, but looking at what’s happening all around us, the old proverb makes a whole lot of sense.

Without taking any names, the producer and actor refused to say if this tweet was directed at those spreading hate on social media, or if it was meant for certain people taking jibes at the Khan family.

Apart from having their names dragged into a conspiracy surrounding Sushant Singh Rajput’s death by suicide, the Khan family was called out by ‘Dabangg’ director Abhinav Kashyap who, in an open letter accused that the family for sabotaging his career. In another post, the director even claimed that Salman’s charity foundation was just a means to clean the actor’s image and “launder money.”

According to the latest reports on news portals, Arbaaz is taking the legal route as far as Kashyap is concerned.