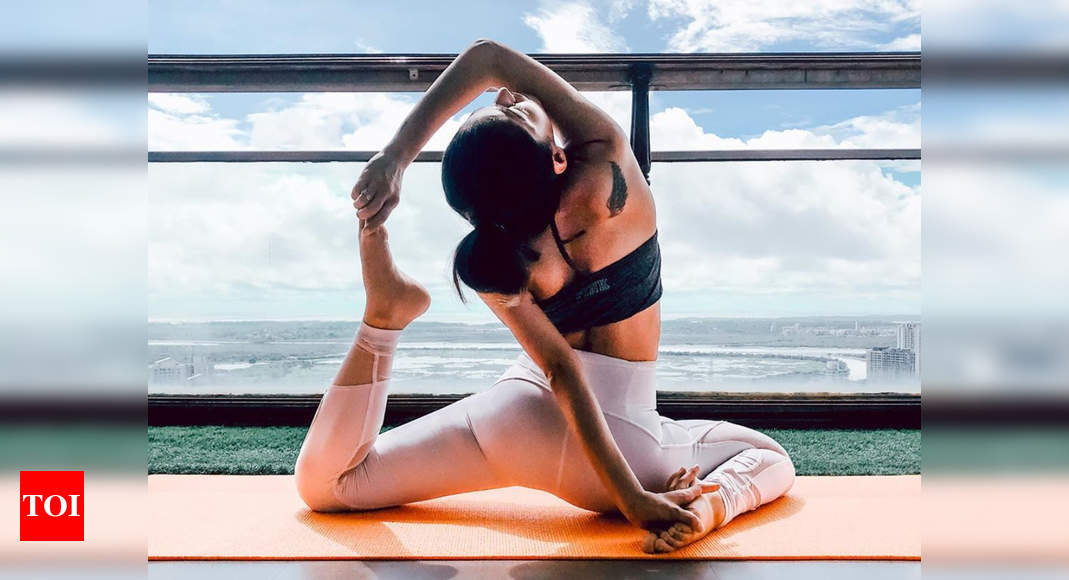 Alaya F is one of the most promising new faces in Bollywood who has already won hearts after her debut film ‘Jawani Janeman’ alongside Tabu and Saif Ali Khan. Apart from captivating performance on screen, the actress is also quite a star on the internet and is known for maintaining an aesthetic social media feed.

Today, Alaya took a moment on social media to flaunt her flexibility as she shared a picture of herself acing a complicated yoga pose effortlessly. Bringing her goofy side, she even called herself a pretzel.

The ‘Jawani Janeman’ fame wrote in the caption of her post, “I was craving a pretzel so I tried to become one.”

Meanwhile, the actress has been quarantining with her family amid the COVID-19 outbreak and has been super active on social media. From sharing her skincare secrets to her fitness routine to even her daily life updates, Alaya is leaving no stone unturned to entertain her fans.

Talking about her film front. Alaya F has opened up to Bombay Times about difficulties that she has faced in terms of work amid the ongoing pandemic. She was last seen in Nitin Kakkar’s comedy-drama ‘Jawaani Jaaneman’ which was released this year before the virus spread in India.