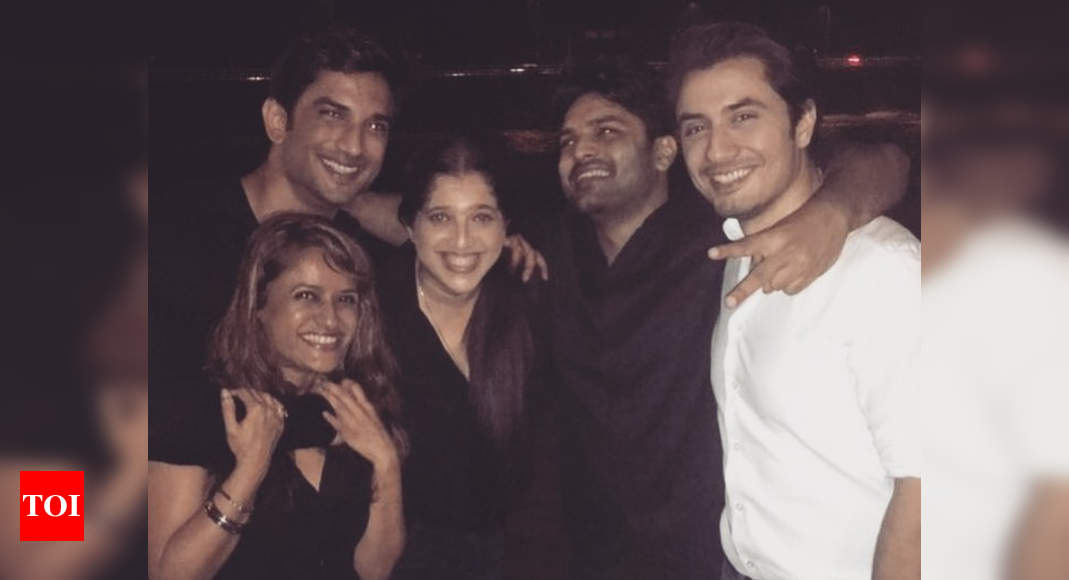 Sushant Singh Rajput’s demise has been a shock to his fans, family and friends that many are finding it difficult to accept. On this note, actor Ali Zafar took to Instagram to share a throwback picture with Sushant Singh Rajput as both shared a good bond.

Ali in his post wrote,” Thank you for sharing this Shabinaa. I remember this night vividly. He was one of the warmest and nicest people I had met in the industry. So full of life and always smiling. Still can’t get over it,” tagging director Shabinaa Khan and Sushant’s ex publicist, Rohini Iyer.

In the picture, actor Sushant Singh Rajput is seen smiling and enjoying the company of his friends from the acting fraternity.

As police continue to probe the death case of the actor, so far they have recorded statements of many people, including Sushant’s friend and ex publicist Rohini Iyer.

Earlier than this, Rohini Iyer too had put up multiple posts on social media for Sushant’s untimely death with long heartbreaking captions that caught the netizen’s attention.

For the unknown, the 34-year-old actor Sushant Singh Rajput was found death in his Bandra home on 14 June due to suicide. The reason behind his drastic decision is still unknown as the police didn’t recover any suicide note.