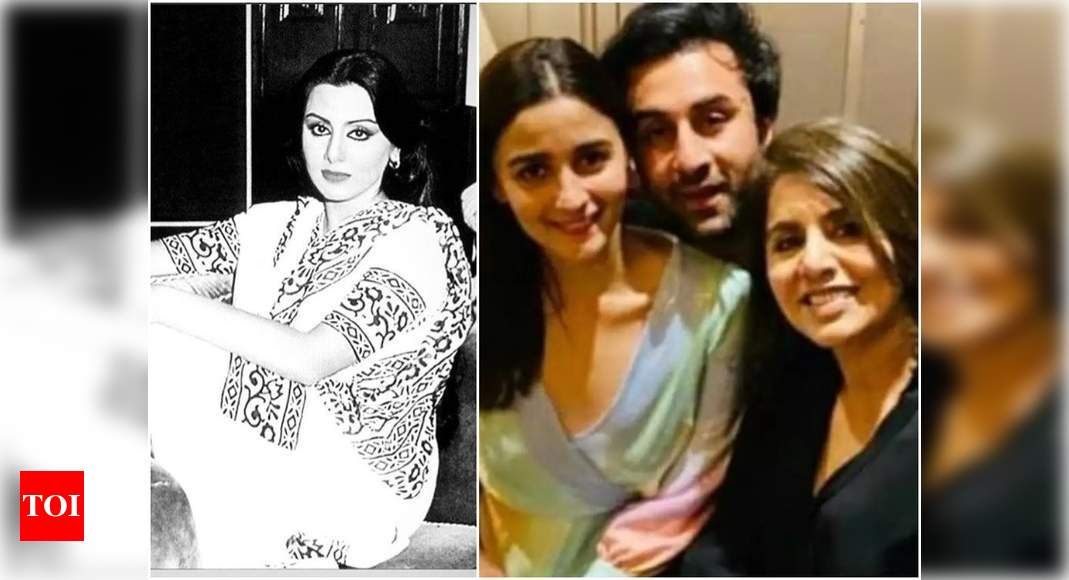 Veteran actress Neetu Kapoor turns a year older today and fans have been taking to social media to shower the birthday girl with adorable wishes. Even pictures from last night’s birthday celebration have been going viral on the internet.

But the most awaited birthday post is here as Alia recently took to Instagram pen a beautiful birthday post for Neetu. The ‘Raazi’ actress, who is in a relationship with Ranbir Kapoor, shared a cute throwback picture of Neetu Kapoor and wrote, ‘Happy Happy Birthday @neetu54 You have and always will inspire me every single day. Love you too much.’ Check out her post here: 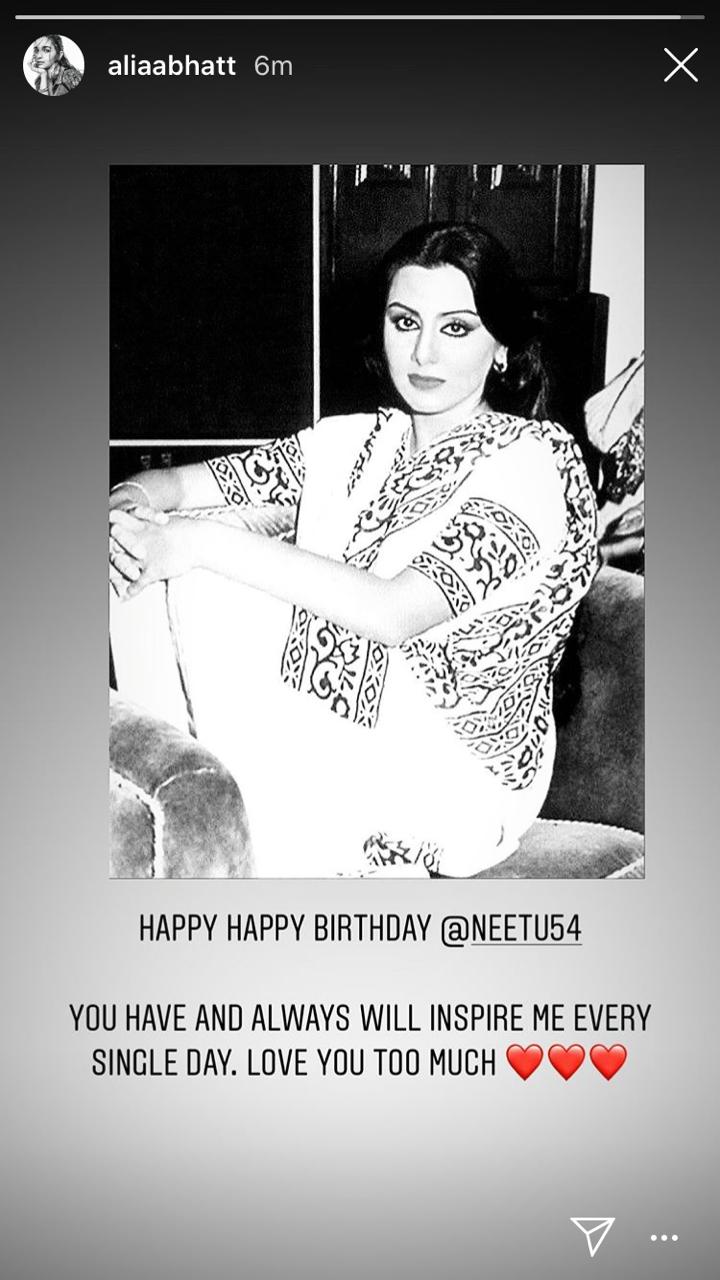 Alia and Ranbir have been winning over their internet as they have been giving us all major relationship goals. Not only that but the couple has been spending quality time with each other’s family as well. Neetu is very fond of Alia and the two have connected very well as well. Not only them but even Ranbir’s sister Riddhima‘s camaraderie with the talented actress has been winning over the internet.

Meanwhile, on the professional front, Alia and Ranbir will soon be seen together on the silver screen for the first time in Ayan Mukerji’s fantasy film ‘Brahmastra‘. The film which also stars Amitabh Bachchan, Mouni Roy and others, is expected to release in December this year.