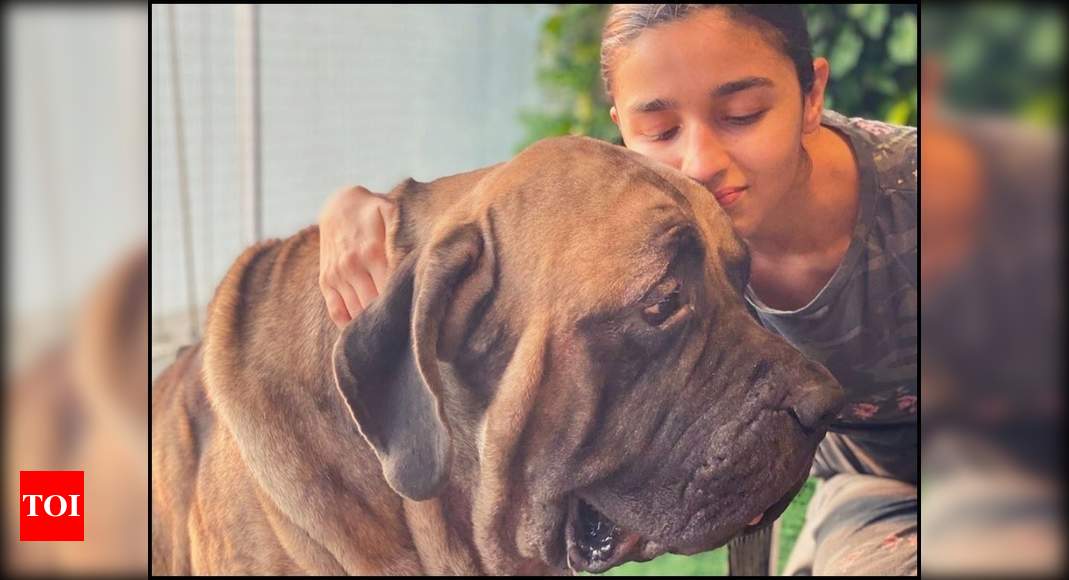 Actress Alia Bhatt, who is currently at home with her boyfriend and actor Ranbir Kapoor, recently made headlines for all good reasons. Post the sad demise of veteran actor and Ranbir’s father Rishi Kapoor, she stood like a rock for him and his mother Neetu Kapoor. She has been a constant support for Ranbir.

Recently, she even shared a picture of herself where she was seen showing off her new haircut which was given by Ranbir. Popularly known as RaLia, have been shelling out major couple goals ever since they made their relationship official.

Today, Alia shared pictures of herself on her Instagram where she can be seen striking a candid pose with Ranbir’s dog. Alia has always been a cat person but she has now started sharing pictures with his dog too. They look absolutely adorable as they get caught on camera. The sun-kissed pictures might be clicked by Ranbir and they are totally unmissable. Sharing the pictures on Instagram, Alia wrote, “they make everything better 🧡”

Earlier, Alia and Ranbir were spotted in their building compound as they took their pets for a walk.

On the work front, Alia and Ranbir will be seen sharing the screen space for the first time in Ayan Mukerji’s ‘Brahmastra’ which also stars Amitabh Bachchan. The film was scheduled to release this year in December but due to the coronavirus pandemic, the release date might get postponed. She also has Sanjay Leela Bhansali’s ‘Gangubai Kathiawadi’, Karan Johar’s ‘Takht’ and SS Rajamouli’s ‘RRR’.