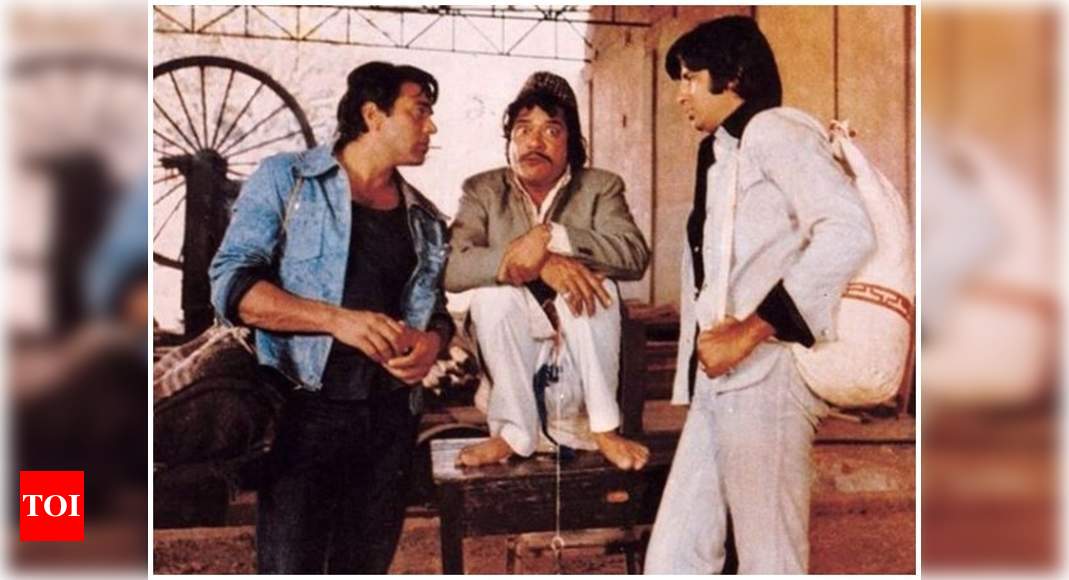 While Bollywood was mourning the loss of talents like Irrfan Khan, Sushant Singh Rajput, Rishi Kapoor and others, the news of veteran actor Jagdeep‘s demise has left the entire fraternity shocked. Not only fans but even Bollywood celebrities like Ranveer Singh, Shilpa Shetty, Kareena Kapoor Khan, Ajy Devgn and many others took to their respective handles to pay tribute to the veteran actor.

Meanwhile, Amitabh Bachchan, who had worked with Jagdeep in many films took to his blog to pen an emotional note in memory of the late actor. Sharing the moments he had spent on the sets with Jagdeep, Big B wrote, “Last night we lost another gem. Jagdeep, the actor of exceptional comedic repertoire, passed away. He had crafted a unique individual style of his own.. and I had the honour of working with him in several films.. the more prominent ones in the eyes of the audience being Sholay and Shahenshah. He had even requested me to do a small guest role in a film he was producing, which I did. A humble human. Loved by millions. My duas and my prayers.”

Furthermore, he added, “Syed Ishtiaq Ahmed Jafri.. his real name , adopted Jagdeep as his film name and gave the film fraternity such memorable performances, that brought so much joy and happiness all around. Adopting Jagdeep as his film name was such a gracious factor that exhibited the unity in diversity of the Country.. there were many others at the time that did similar.. the eminent and distinguished .. Dilip Kumar, Madhubala, Meena Kumari , Jayant – Amjad Khan’s Father, a giant of a actor .. and many many others.”

Big B ended his blog on a sad note of how his yesteryear co-stars have been leaving the industry. “One by one they all go away .. leaving the Industry bereft and deprived of their immense contribution,” he wrote.