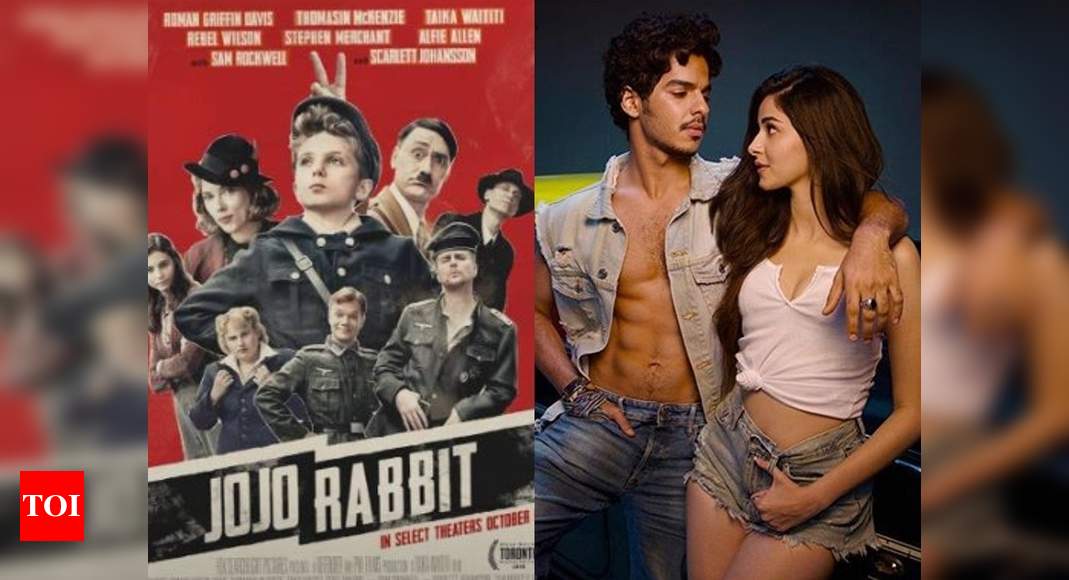 Ananya Panday, who made her Bollywood debut last year with ‘Student of the Year 2’ has been winning over the internet with her unmissable posts. The young starlet enjoys a huge fan following on social media and she too makes sure that she keeps all her fans entertained.

She recently watched Scarlett Johansson‘s ‘Jojo Rabbit’ at home and was all praise for the film as she shared the poster of the film and wrote, “Love is the strongest thing in the world. This film has my whole entire heart!! Pls watch it if you haven’t already.” 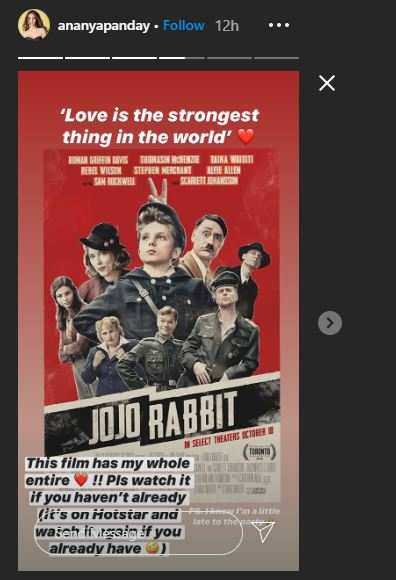 But what grabbed our attention was that her upcoming film ‘Khaali Peeli’ co-star Ishaan Khatter also watched the same film last night and even he took to social media to share the poster. While the two have been grabbing everyone’s attention with their flirty social media banter, fans are quite eager to see them on the silver screen soon. 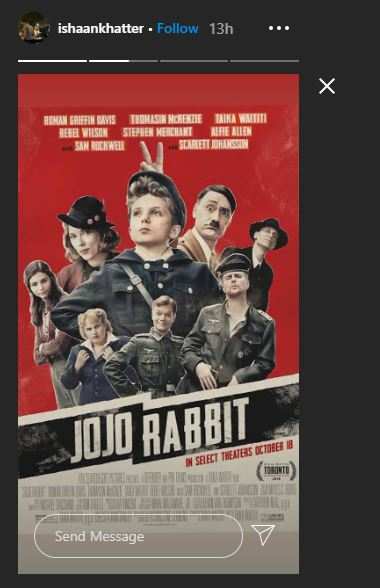 Meanwhile, Ananya has also bagged a role in Shakun Batra‘s next project which also stars ‘Gully Boy’ actor Siddhant Chaturvedi and Deepika Padukone. Apart from that, Ananya will also be teaming up with south star Vijay Deverakonda for Puri Jagannadh’s film which is reportedly titled as ‘Fighter’.