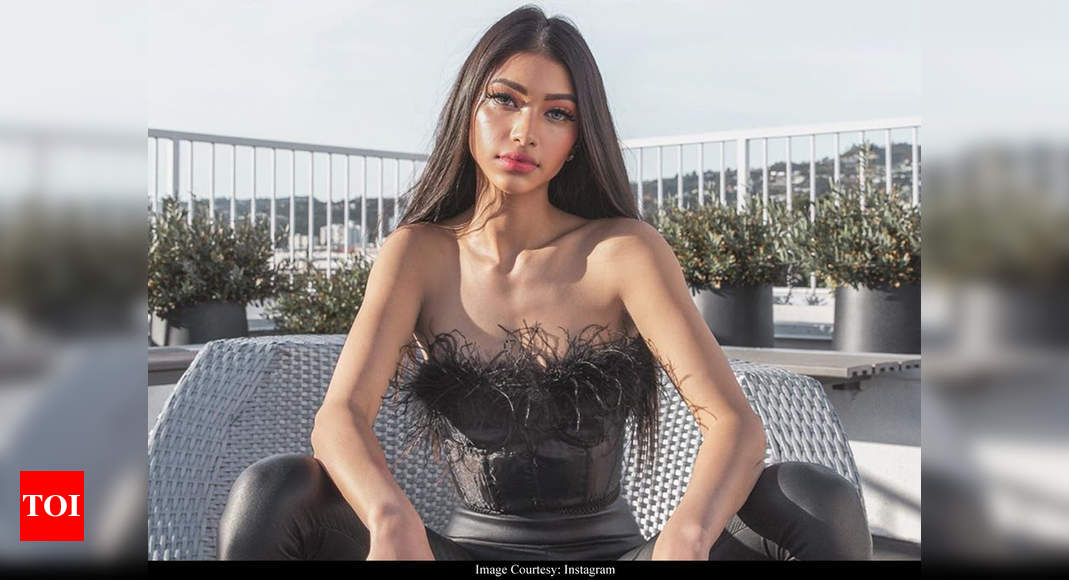 Deanne Panday’s daughter Alanna, who is also the cousin of Bollywood actress Ananya Panday, has revealed the identity of a woman who commented that she should be gang raped. Stating that it had happened months ago, Alanna shared, “I wish I had spoken about it sooner, but waking up and reading things like this just became normal to me-it’s an everyday part of my life. Here’s 1% of what I have to wake up and read everyday.

Alanna revealed that a woman had commented on her post that she deserved to be gang raped because she posted a picture in a bikini. In a series of pictures, Alanna went on to reveal the identity of her cyber bully. 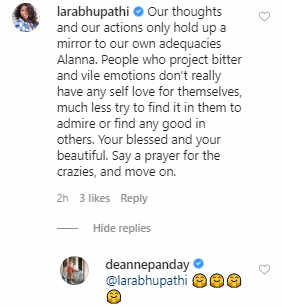 Extending support to Alanna, Lara Dutta shared, “Our thoughts and our actions only hold up a mirror to our own adequacies Alanna. People who project bitter and vile emotions don’t really have any self love for themselves, much less try to find it in them to admire or find any good in others. Your blessed and your beautiful. Say a prayer for the crazies, and move on.” 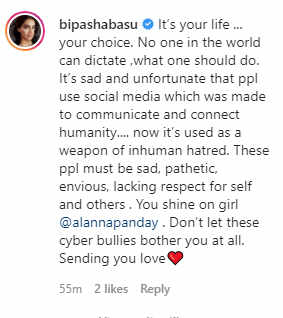 Bipasha Basu also cheered for Alana and commented, “It’s your life … your choice. No one in the world can dictate ,what one should do. It’s sad and unfortunate that ppl use social media which was made to communicate and connect humanity…. now it’s used as a weapon of inhuman hatred. These ppl must be sad, pathetic, envious, lacking respect for self and others . You shine on girl @alannapanday . Don’t let these cyber bullies bother you at all. Sending you love.”