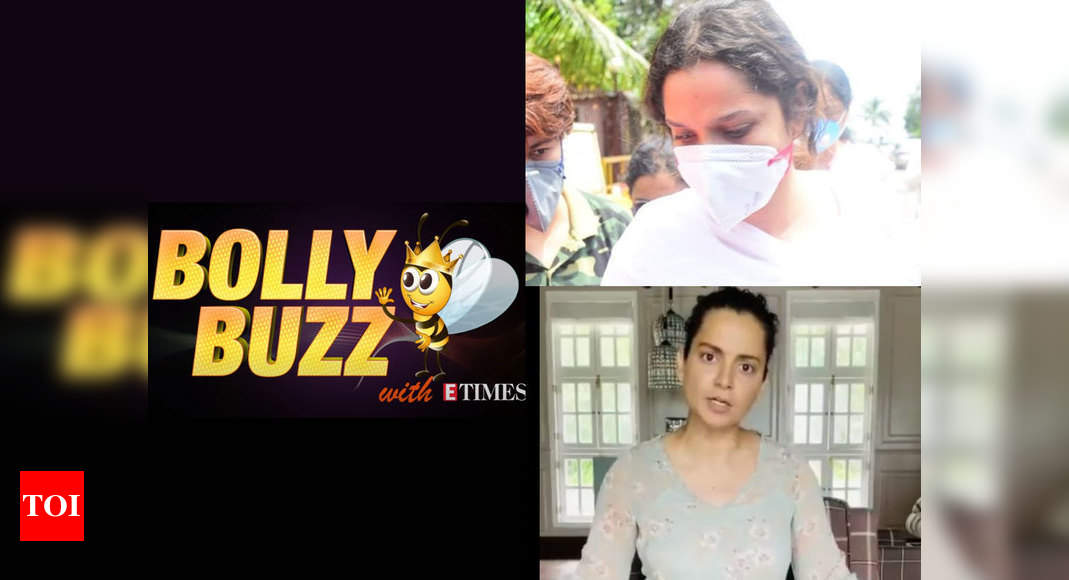 Sushant Singh Rajput’s tragic demise seems to have opened up a can of worms that it turning Bollywood – the place of dreams into a living nightmare.

From Abhinav Kashyap calling out Salman Khan and his family for sabotaging his career to Kangana Ranaut slamming film stars for their ‘empty’ condolence messages for SSR, this blame game is turning into an exposé no one saw coming.

Before we turn the pages and give you a look at the horror show that is unfolding, we are sad to share that another tragedy has hit Sushant Singh Rajput‘s family. Just a day after the actor’s untimely demise, it has been reported that his cousin brother’s wife, Sudha Devi passed away in Purnia, Bihar. She reportedly couldn’t bear the loss of dear Sushant and took her last breath when the actor’s funeral was being conducted in Mumbai. She had also reportedly stopped eating after hearing about the actor’s death by suicide. We offer the grieving family our heartfelt condolences.

According to the latest buzz, Sushant Singh Rajput was set to take this relationship with Rhea Chakraborty to the big screen by starring in in Rumy Jafry’s upcoming rom-com. Yes, you read that right! Had things gone according to plan and had the COVID-19 crisis not crippled the world, SSR and Rhea may have been well into shooting their first film together that was set to roll out in May.

Kangana Ranaut, who in the past has had no qualms calling out biggies in the industry, vehemently slammed industry folk for their ‘empty’ condolence messages, while claiming that they sidelined the actor prompting him to plead with people to watch his films. Besides slamming the industry for not giving him his dues, she even called out the hypocrisy about reports claiming he was an addict, and plainly said, “Sanjay Dutt ke addiction ko aap log bahut cute lagte hai.” She even alleged that few were reaching out to her as well advising her not to take such drastic steps. “Kyun mere dimaag mein daalna chahte hai ki aap suicide kar lijiye?” she asked in her fiery video that commenced with the actress alleging, “Ye suicide nahi, planned murder tha!”

Another big bombshell that sent shockwaves through the industry was dropped by Anurag Kashyap’s brother and ‘Dabangg’ director Abhinav Kashyap, who went all out and accused Salman Khan and his family for sabotaging his career. “I know who my enemies are. Let it be known that they are Salim Khan, Salman Khan, Arbaaz Khan and Sohail Khan,” he said in his post that went on to read, “Salman Khan’s family is the head of this venomous serpent. They use a clever mix of their ill-gotten money, political clout and connections with the underworld to intimidate anyone and everyone.” Besides claiming that the Khan brothers and their bullying tactics led to him losing out on work and in turn affected his family and mental health, he also claimed that they ran a smear campaign against him and his films including ‘BESHARAM’.

And while the blame game continues, with some targeting those closest to Sushant, including ex-girlfriend Ankita Lokhande, our cameras spotted the actress stopping by at the actor’s residence this morning to offer her condolences to the family. The beauty reportedly even broke down there. At one point, Ankita was set to tie the knot with Sushant, but sadly the two drifted apart and the rest as we know it, is history.