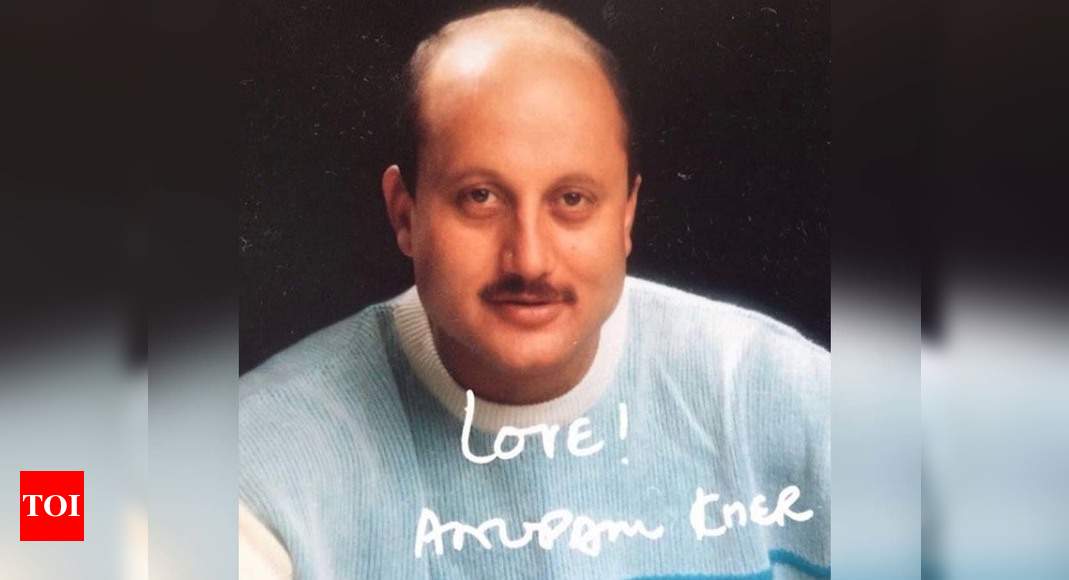 Veteran actor Anupam Kher is missing the old days, especially the eighties when autographed pictures were in trend.

“This is in the early 80’s when I must have acted in not more than 7 to 8 films. I had just started my career as an actor. I had a fantasy of sending my autographed pics to my possible fans like big stars did. And I wanted the photograph to be clicked only by the ace photographer of those days #GautamRajadhyaksha. He was a star himself and very expensive,” Anupam Kher shared on social media, recalling his meeting with the late ace photographer Gautam Rajadhyaksha.

Along with it, he posted a photograph he had got clicked for fan mail in 1980s.

“All top actors were his (Rajadhyaksha’s) clients. I somehow reached out to him and explained to him what I wanted. He asked me do I even get fan mail? I said not really but it may start soon. He was amused at my optimism. He obliged and did not charge me a single penny. But he added, ‘Don’t ever change as a person with success’. Later we became friends. I was happy to feature in his coffee table book on actors. He is in a better world now. But for the coming so many years this was the only autographed pic I will send to my fans. Sometimes I do miss the 80’s for so many reasons,” Kher added.

Meanwhile, Anupam has been sharing pictures and videos of how he is spending the lockdown days. On the work front, he was last seen in ‘One Day: Justice Delivered’. The film was released in July last year.