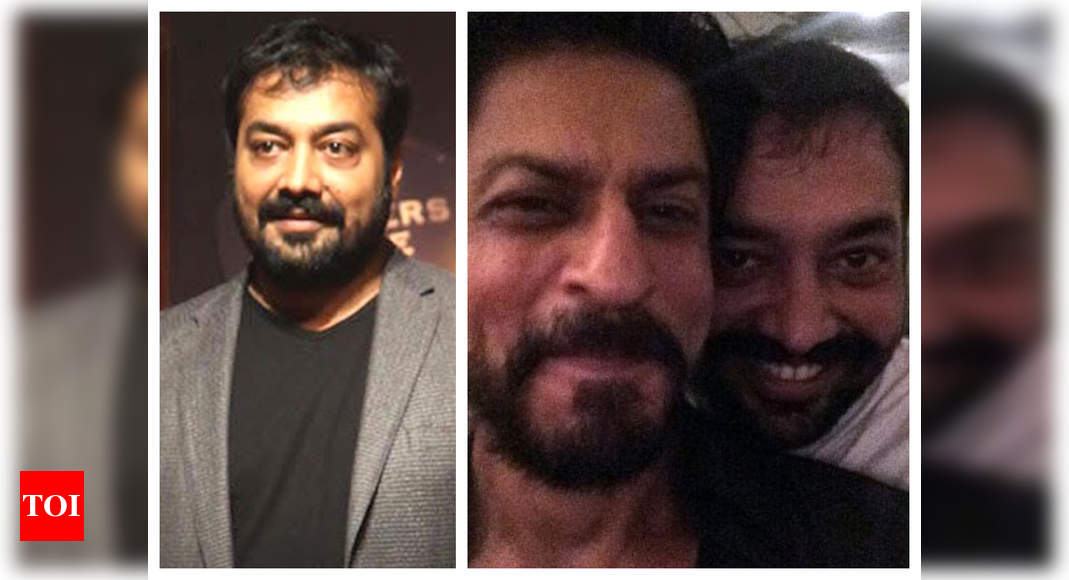 Very few people know that filmmaker Anurag Kashyap and Bollywood’s King Khan studied together in the same college and have known each other since then. Given that they share a long friendship, it is amusing to know that they haven’t yet worked together.
Spilling the beans on their association and plans of working with SRK, Anurag reportedly told a news portal that SRK was his senior in university and that he has been there like a big brother helping him. According to Anurag, Shah Rukh used to tell him that if he does what he tells him to do, his problems will disappear. However, the filmmaker added that he didn’t want him to make his life and that he loved him to death.

Elaborating more, Anurag added that Shah Rukh Khan wanted to do ‘No Smoking’ and he was very upset when Kashyap went away from him. He added that he also wanted to do Allwyn Kalicharan with him along with a big superstar from Hollywood. Everything was almost done but then again it didn’t happen. However, Anurag added that they will work together and that he won’t go anywhere without making a film with Shah Rukh Khan.

Bollywood actors are currently self-quarantined at home due to lockdown. They are making the most of their free time at home. They are also seen interacting and entertaining their fans on social media.

On the work front, Shah Rukh Khan will be seen making a special cameo in Ayan Mukerji’s ‘Brahmastra’. The movie stars Ranbir Kapoor and Alia Bhatt in the lead roles. The superstar is yet to announce his next full-fledged Bollywood project.