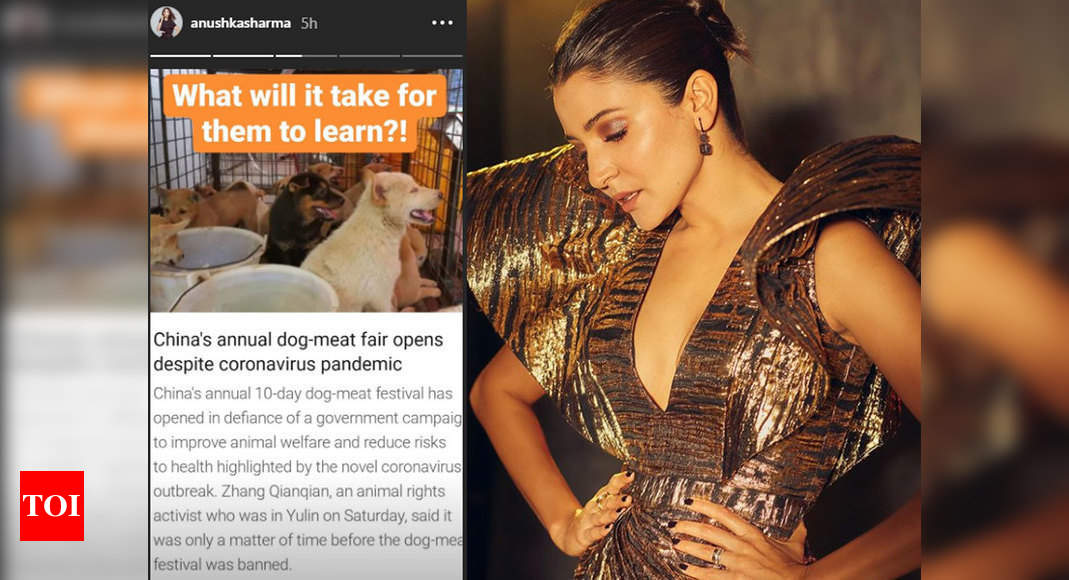 Taking to her Instagram handle, the beauty shared a news update about the same and shared it with a comment that read, “What will it take for them to ?!”

According to reports, despite the government’s drive to discourage consumption of wildlife animals for meat due to current health reasons, the annual festival was flagged off. It usually attracts thousands of visitors, many of whom buy dog’s meat for consumption.

However, according to reports, campaigners said that this year’s numbers had dwindled, with some even hoping that it could be the last.

The coronavirus, which is believed to have originated in horseshoe bats before crossing into humans at a market in the central Chinese city of Wuhan, has reportedly forced the country to keep a check on wet markets and considering new laws to ban the wildlife trade and safeguard pets.

The country imposed a ban in late February on the sale and consumption of wild animals, such as bats and snakes — claiming the issue had become a health concern.

In April, Shenzhen became the first city in the mainland to ban the consumption of dogs, with others expected to follow the suit. The agriculture ministry also decided to classify dogs as pets rather than livestock, though it remains unclear how the reclassification will affect Yulin’s trade.