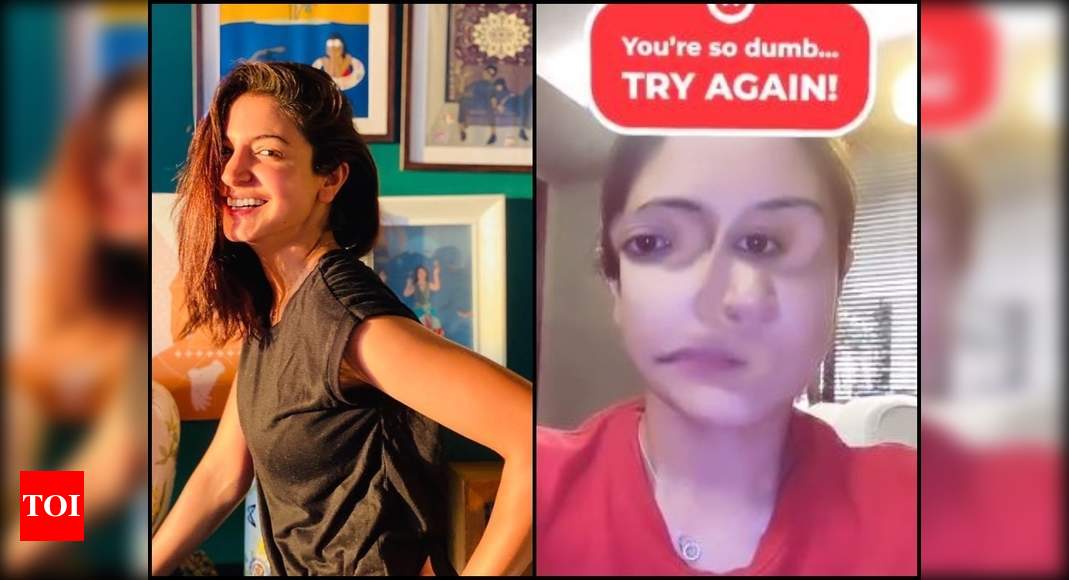 Anushka Sharma is currently at home with her husband Virat Kohli amid the lockdown. The couple has been shelling out major relationship goals with their social media PDA. From working out to spending quality time with family, Anushka has been surely making the most of her free time.

Anushka, who is quite active on social media, recently took to her Instagram story and explored new video filters. She tried Instagram’s ‘Complete Your Face’ filter and her videos will leave you in splits.

In one of the videos, Anushka can be seen trying to fix her eyes, nose and lips in the right place. While hilariously trying to do that, she fails at it. Towards the end, the filter reviews her performance which reads, “You are so DUMB. Try again.” To this, Anushka replied, “No you are a dumb game! Bada aaya.” She also shared a BTS video on her story and it is simply unmissable! She can be seen blinking her eyes and trying to fix her face.

Have a look here:

Yesterday, Anushka shared a picture on her Instagram story where she was seen enjoying the savoury snack. “Rainy Day Vada Pav. Somebody stop me,” she wrote along with the picture.

Meanwhile, on the work front, Anushka was last seen in Aanand L Rai‘s ‘Zero’ co-starring Shah Rukh Khan and Katrina Kaif. It was released in December 2018. She is yet to announce her next project.