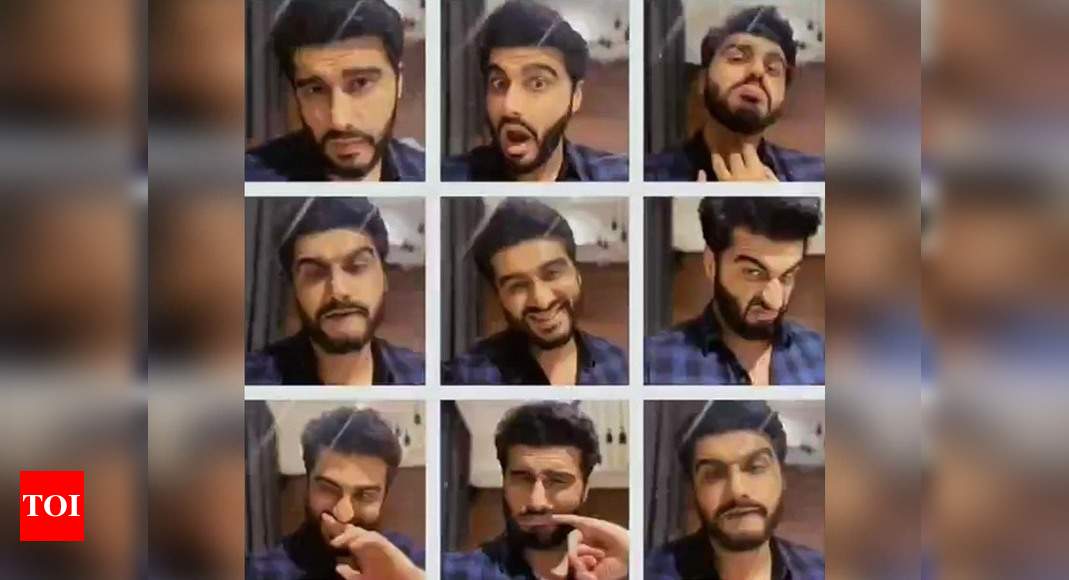 Actor Arjun Kapoor on Monday treated his fans with a quirky collage that captured him in different moods.

The ‘Panipat‘ actor put out a post on Instagram that featured a video portraying Kapoor in different moods. In the video, the screen is shown divided into nine equal grids each displaying a different quirky expression of the star.

In the different grids, Arjun is seen winking, smiling, and making rather weird faces to keep his fans entertained. The short clip is accompanied by some salsa music in the background.

To match the mood of the video, Kapoor posted happy, sad and winking emojis in the caption.

The video was viewed by more than 37,000 netizens within an hour of being posted on the photo-sharing platform.

Lately, the ‘Gunday‘ actor has been quite active on the social media amid quarantine and has been updating fans of his activities by sharing pictures and videos.

Earlier, Arjun Kapoor shared a glimpse of how he is adjusting to the new normal as he got back to shoot after four months.