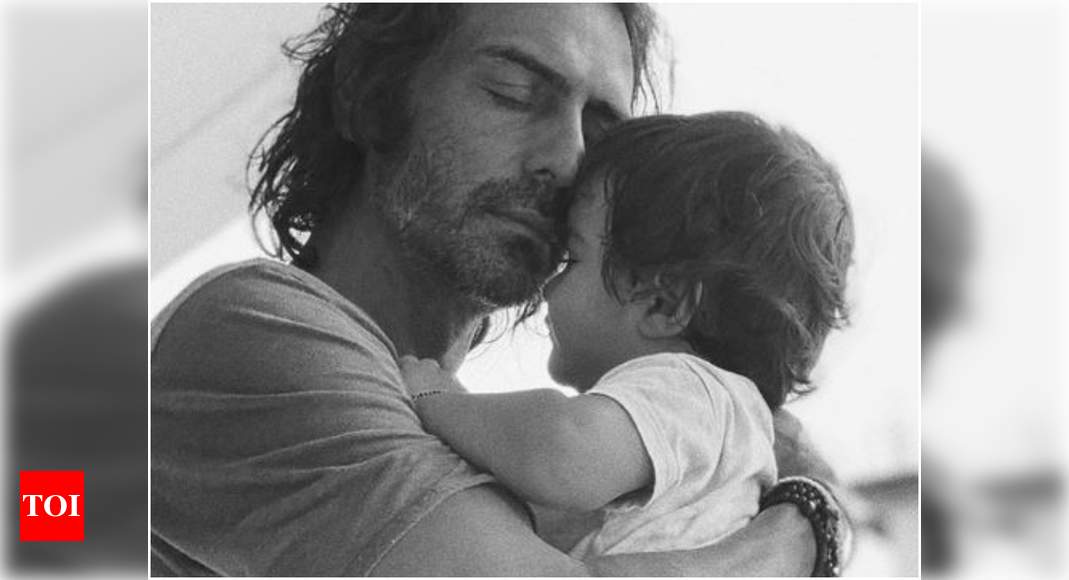 Arjun Rampal and girlfriend Gabriella Demetriades recently took to social media to share a series of adorable pictures of their little munchkin Arik on his first birthday. While fans have been going over Arik’s cuteness and beautiful smile, Arjun has shared another unmissable picture with his son.

Taking to Instagram, the ‘Rock On’ actor shared a monochrome picture of himself holding his little boy in his arms. Just like the picture, Arjun’s caption also won over the audience as he wrote, “Wonder what pure love looks like??? Well here you go… #homie #buddy.” Check out his post here:

The couple, who were staying in Karjat in the early stages of the lockdown for Arik’s safety has returned to the city and have been snapped on multiple occasions as well. Meanwhile, the couple has also been winning over the audience with their impeccable chemistry.

On the professional front, Arjun will soon be seen in Shailesh Varma’s film ‘Nastik’. The film is also reported to feature Meera Chopra and Harshaali Malhotra in pivotal roles.