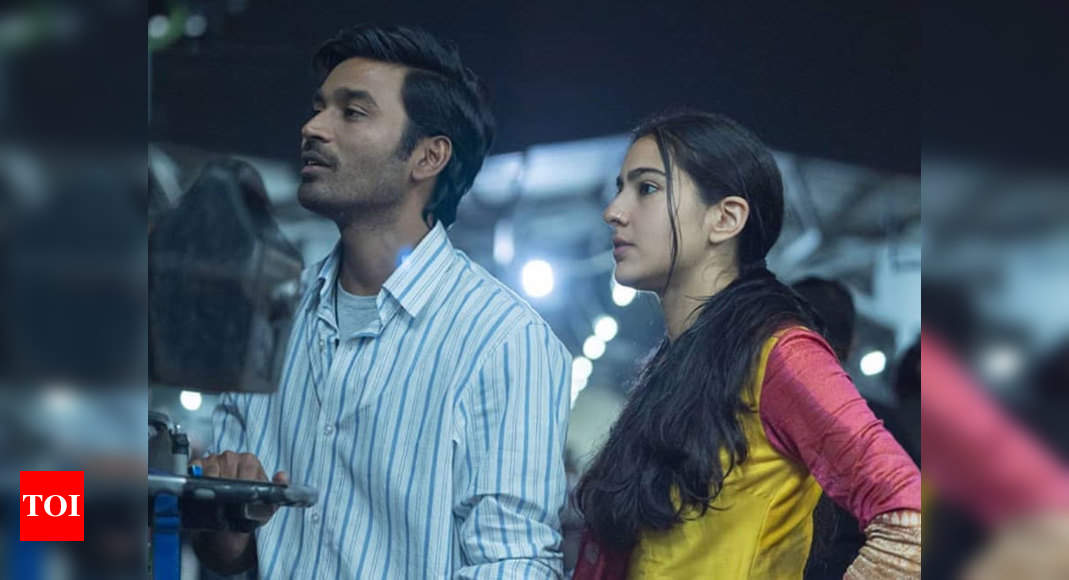 As B-town gets ready to get back to work, it looks like Dhanush, Sara Ali Khan and Akshay Kumar have also got their calendars booked! The makers of the film have released a new still featuring the lead pair as they announced that work on ‘Atrangi Re‘ will resume in October.

The Aanand L. Rai directorial will reportedly have a shooting schedule across Madurai, Delhi and Mumbai. This is said to be one of the first few films to be shot in real locations, contrary to the many other shoots confined to a studio set-up during the ongoing pandemic across the country.

“During this lockdown, I’ve taken out a lot of time to prepare for the upcoming schedules of ‘Atrangi Re’. I’m really excited to start the next schedule, which is planned to happen in Madurai, October onwards, and then with Akshay for a month in Delhi and Mumbai, with all safety precautions in place, of course,” Rai shared.

The new still that has turned up online is presumed to be one from the film’s first schedule that had Sara and Dhanush shooting in Varanasi before the lockdown.

Written by Himanshu Sharma with music by AR Rahman, ‘Atrangi Re’ is slated to release in 2021.

The film features Sara in a double role. The narrative is reportedly set in two different eras with the actress paired with Dhanush and Akshay in each era.