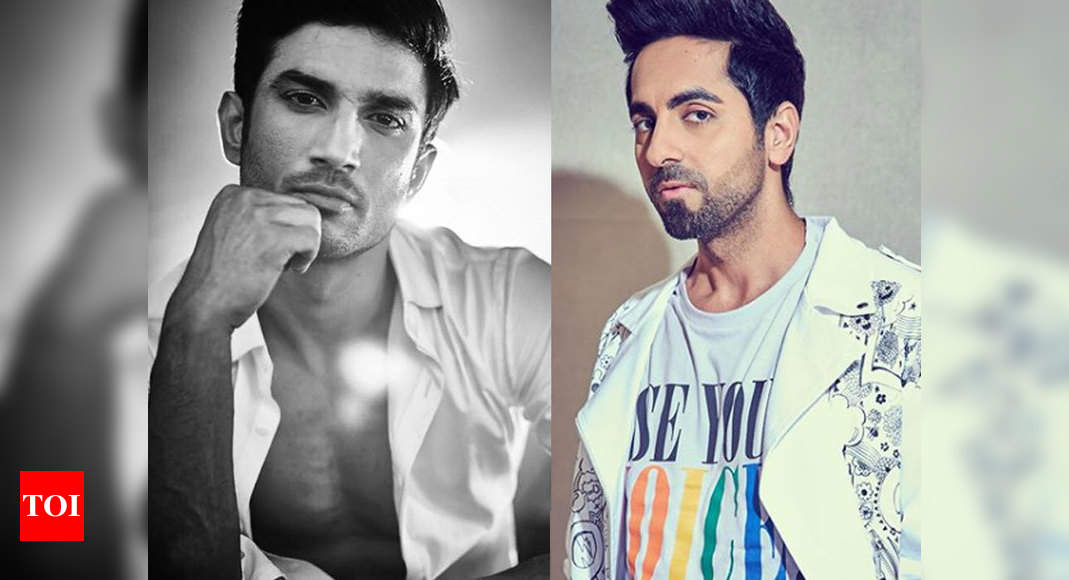 Ayushmann Khurrana has expressed his shock over Sushant Singh Rajput’s death by suicide at his Bandra apartment. In a recent candid LIVE chat, the actor, not only opened up about his long acquaintance with Rajput since their television stints and even shared his thoughts about the importance of mental health.

Calling Sushant’s death “really unfortunate,” he said that he had known the star since his television days and said that they were among the few actors who made a shift from television to films in India, which he admitted, “is not easy.”

Addressing the importance of mental health especially under the present times of the COVID-19 crisis, he Ayushmann said, “You never know what is going on behind that smile, or that social media post.”

In the video that has gone viral on fan handles, the actor called for greater attention to be paid to mental health in India while admitting that the country doesn’t take the issue seriously. Saying Indians were very “callous” about the topic, he said that many in the country do not realise that a person could be terminally mentally ill, and may just be “putting up a facade for the outside world.”

Don’t have much to say. Don’t want to post that smiling selfie with you. So much of potential.. gone too soon. #RIPSushant

Among the many actors that shared their condolences for the actor, Ayushmann penned a note that read, “Don’t have much to say. Don’t want to post that smiling selfie with you. So much of potential.. gone too soon. Broken heart #RIPSushant.”