Ayushmann Khurrana is quite active social media and loves to keep fans updated about his day-to-day activities through regular posts. On Thursday, he took to Instagram to post a picture of his ‘Badhaai Ho’ co-star Surekha Sikhri on her birthday.

Sharing a monochrome throwback picture of the actress, he captioned the post, “This is Surekha Sikhri mam. Yes, the legend who played my grandma in ‘Badhaai Ho'” He further added, “It was her birthday yesterday. Belated wishes” along with a yellow heart. 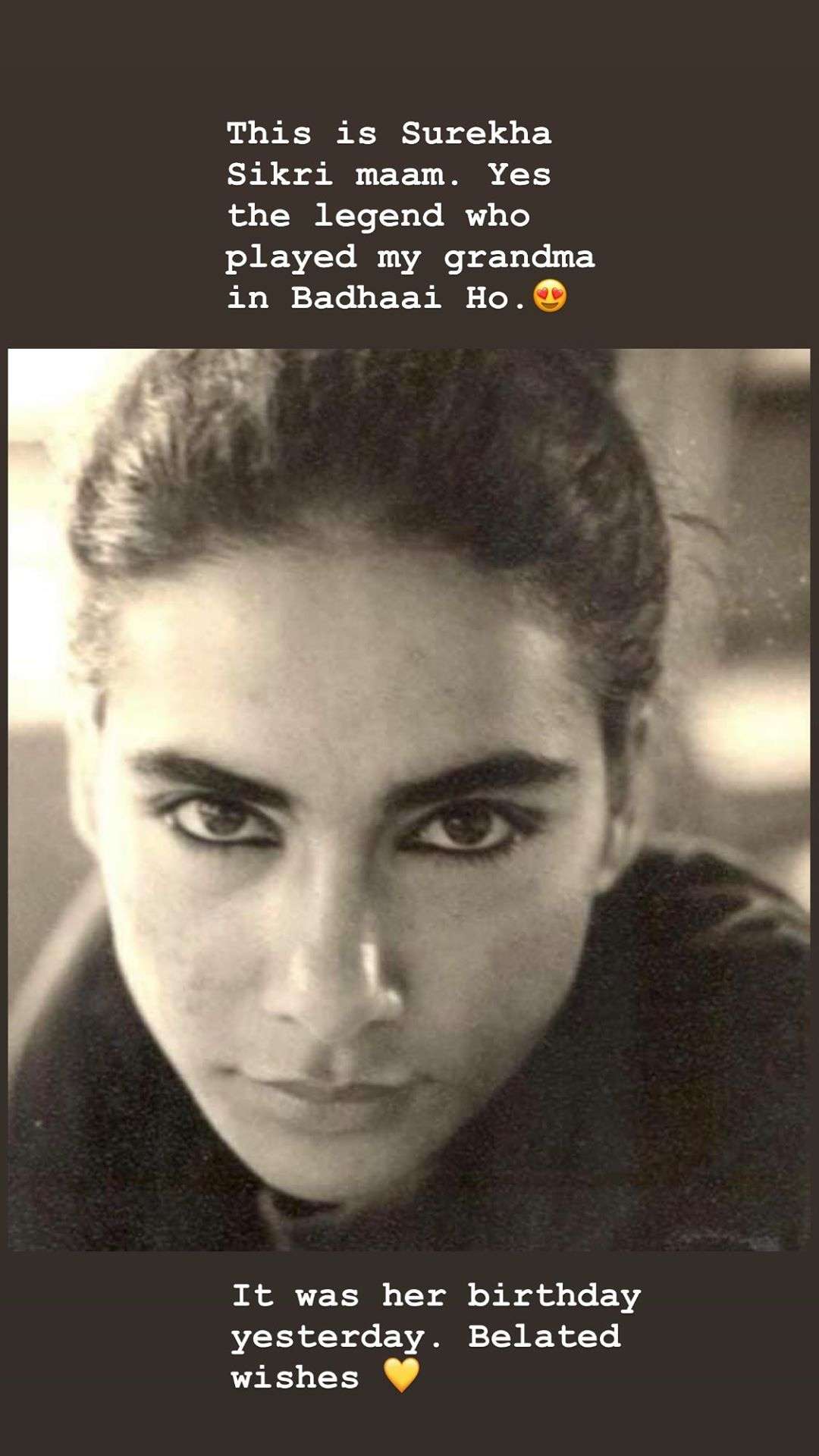 Meanwhile, the actor is currently in Chandigarh with his family. The actor also bought a house recently in Panchkula area of the Union Territory.

Also, he has been sharing pictures and videos about how he is spending his lockdown days.

On the work front, the actor was last seen in a film with Amitabh Bachchan. The film was released in June this year. He will also be teaming up with Anubhav Sinha once again for a project which is reported to be titled as ‘Anek’.