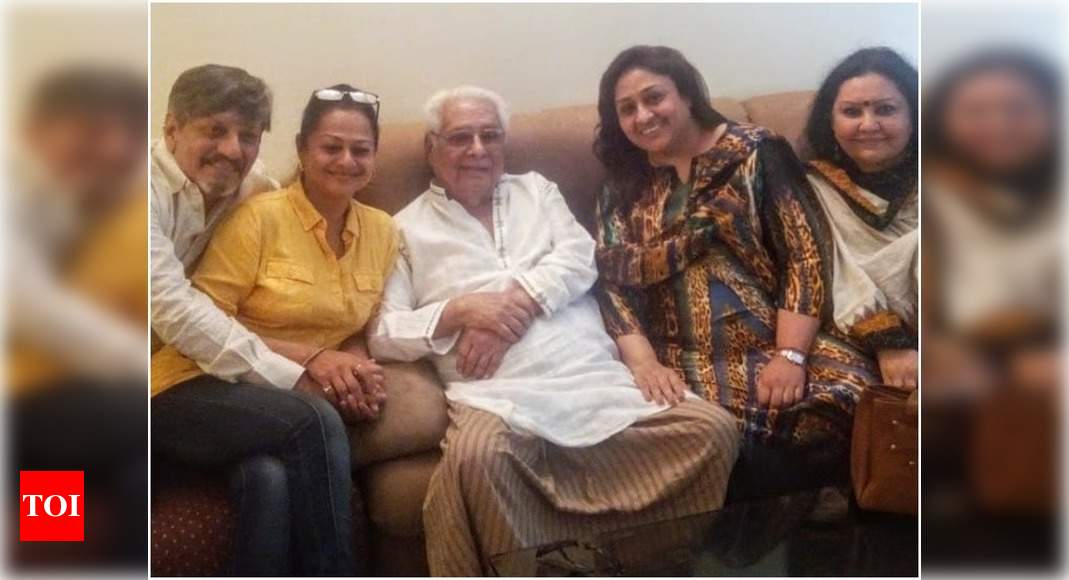 The last few months have been dotted by heavy emotional losses to the Hindi film industry. Luminaries have bid farewell to the mortal world, leaving behind some great cinema legacy. Today, the industry woke up with the news of filmmaker Basu Chatterjee’s demise. The 93-year-old filmmaker, known for his unique take on cinema, passed away this morning, following age-related ailments. His last rites were conducted in Santacruz, Mumbai, at around 2 pm today.

Talking about his beloved Basuda, actor Amol Palekar told BT, “I acted in six of his films and I did two guest appearances in two. Majority of my work was with Basuda. The beginning of my career in Hindi cinema was with him. There is a quite a fond journey I must say. One of the things which few people know – Basuda was a very active and strong supporter of the Film Society Movement. There was a film society called Film Forum in which he arranged screenings of films from different parts of the world. For a young generation like mine at that time, this was our exposure to fascinating cinema from around the globe. We knew each other since then. His style of filmmaking if you see, was there, on the lines of parallel cinema. One of the biggest contributions he made, and for which he was never given his due was that he was the perfect bridge between commercial and parallel cinema branches. His contemporaries like Gulzar and Shyam Benegal went on to make their own mark like Basuda, but he didn’t get his due because he made simple, light-hearted films. We tend to look at emotional films or films with social relevance as something more important than a light hearted comedy. The latter was his forte. He made such beautiful and simple films, about little problems of a common man, without taking any jhanda on the shoulder and without taking any stance as such, he made such beautiful and lovable films. Most of his films are my favourites. I can’t choose. All the films that we worked together on had a very simple, non-obtrusive existence. Exactly like his films, his existence was non obtrusive and away from the spotlight. His work was significant.”
Recalling one of his last meetings with Basu Chatterjee, Amol said, “I went to his place to see him, about five years ago when I had an exhibition in Mumbai of my paintings. Sandhya Gokhale (Amol’s wife and actress) and my heroines Bindiya Goswami, Zarina Wahab and Vidya Sinha, and I had lunch together at that time. I called him from there and I had heard he was not well. I asked him about his well-being and asked to see him. We went from the luncheon to see him (the picture in the thumbnail, shot by Sandhya Gokhale). He was so very happy and thrilled. That was the last that we met. And then a couple of times, we spoke on the phone. Knowing him, and his not wanting to talk about his ill health, I would speak to his wife. The last time he was in the hospital, it was before COVID19. One knew of the deteriorating health. I heard he died in his sleep, quietly, something that also goes well with his personality.”