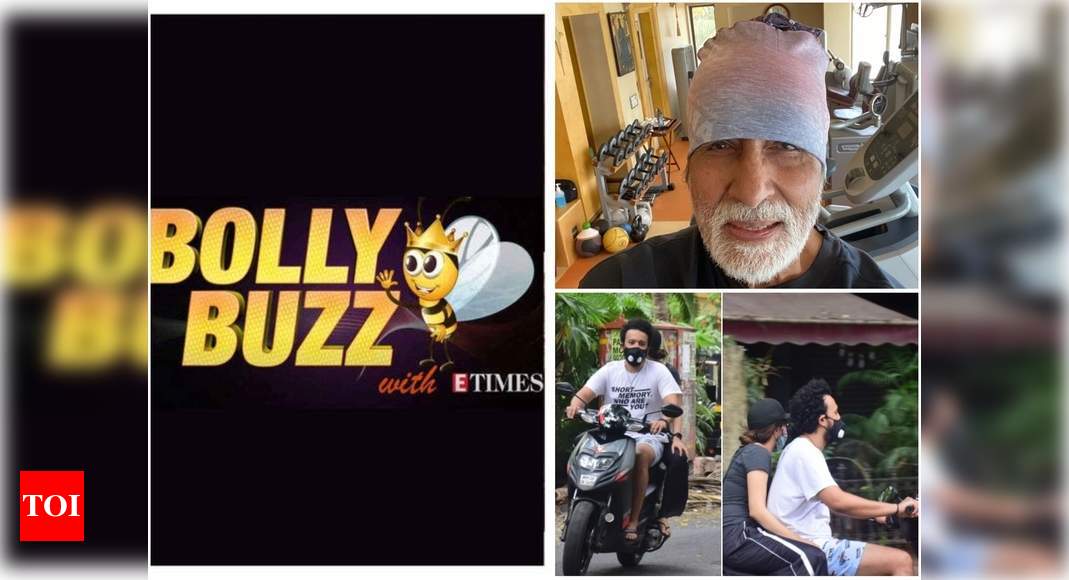 Feeling the mid-week blues? we’ve got you covered with some interesting updated from the tinsel town. From the shocking news of Sushant Singh Rajput’s manager’s passing away to Amitabh Bachchan helping the migrants reach home our latest edition of Bolly Buzz will keep you entertained.

Yesterday, Sushant Singh Rajput and Varun Sharma‘s ex-manager Disha Salian passed away. As per reports, she also worked with Bharti Singh and Aishwarya Rai Bachchan. The reports further claimed that she fell from the 14th floor of a Malad building. As the news broke, celebs and her colleagues grieved her sad demise on social media.

Now, we hear that Amitabh Bachchan is doing his bit to help the needy during the lockdown. The reports stated that the megastar arranged two charter flights for Gorakhpur, Allahabad and Varanasi in Uttar Pradesh, each carrying 180 migrants. With this, he extended help to over 500 migrant -workers.

‘Kabir Singh’ actor Shahid Kapoor has been sending monetary aid to around 40 dancers he has worked with in the past. Not just that, he will continue to do so for the next 2-3 months till they get back on their feet and hit the stage dancing. We are all hearts for Shahid’s kind gesture.

We hear that Salman Khan has set the date to release his film ‘Radhe: Your Most Wanted Bhai’. during Diwali. There’s a buzz that Ranbir Kapoor and Alia Bhatt will be serving up the first look into their fantasy film ‘Brahmastra’ this August!

Yesterday, paparazzi spotted Shraddha Kapoor on a scooty ride around Bandra with her beau Rohan Shrestha. The rumoured couple who repeatedly denied their relationship had their faces all covered up with face masks as they stepped out together.