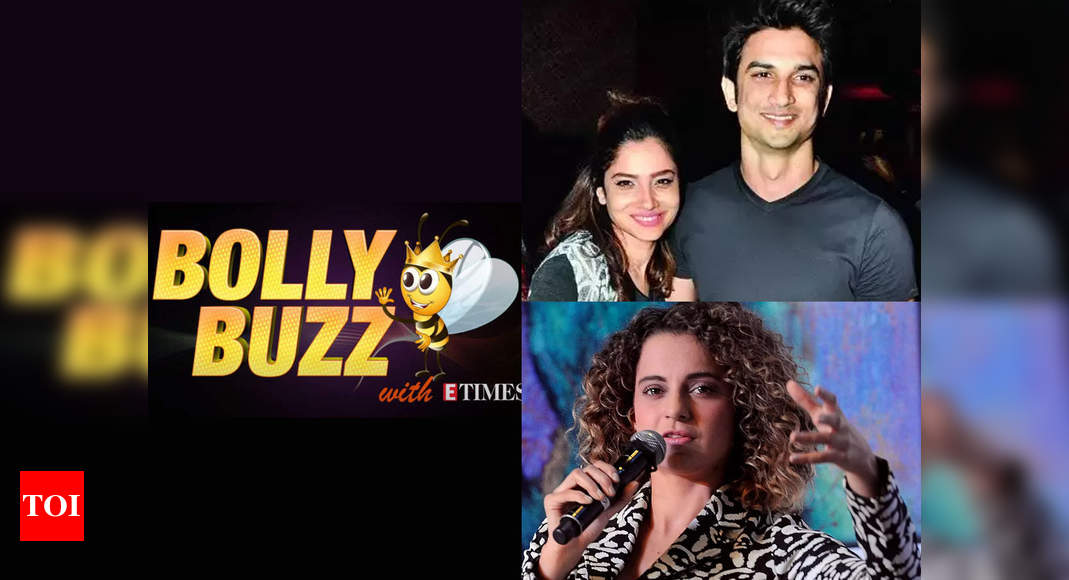 Fake social media followers scam to the police trying to summon Kangana Ranaut since July 3 and Sushant Singh Rajput’s post from 2016 going viral – here’s a round up of all the filmy updates in our segment Bolly Buzz. Ankita Lokhande spread love and hope by lighting a diya in memory of her former flame. Refusing to participate in any publicised matter surrounding SSR’s demise, the actress held up a light and sent out a quiet prayer saying, “Keep smiling wherever you are.”

Meanwhile, Kangana Ranaut joined the #Candle4SSR protest initiated by lawyer Ishkaran Singh Bhandari, who is said to be advising her in the Mumbai police’s ongoing investigation on SSR’s suicide case. Joined by fans, friends including Mukesh Chhabra and fellow celebs the peaceful initiative saw fans light a candle to honour Sushant’s memory and again press for a CBI probe. Interestingly, right about the same time, fans fished out Sushant’s post from 2016 that read, “My candle burns at both ends; It will not last the night; but ah my foes and oh my friends- it gives a lovely light…” Before anyone jumps to conclusions, these lines were the work of Pulitzer Prize winning poet EDNA ST. VINCENT MILLAY that Sushant used to caption his photo.

As far as the Mumbai Police’s investigation into Sushant’s demise goes, we all know that Kangana Ranaut’s team alleged on Twitter that the actress is keen to record her statement, but has not received any response for the same. However, a latest report states that the Police have in fact been trying to serve summons to the actress since July 3. They reportedly went to Kangana’s Khar office, where her manager refused to accept the summons and didn’t even share the actress’ whereabouts either. When the cops got in touch with Ranaut’s sister Rangoli, she also refused to provide Kangana’s number and informed the police to send a team to Manali where the actress will record her statement or to send in the questions to be answered.

Also, rumours are running wild that the Mumbai police is investigating a fake social media followers scam involving the sale of followers and likes to boost profiles and are likely to question B-town stars about their growing number game. Deepika Padukone and Priyanka Chopra are said to be among the many celebs likely to be quizzed about using the services of around 54 firms who work on boosting people’s social media game for a monetary sum.

As far as those numbers go, buzz is that Deepika Padukone has set a new benchmark! The actress has worked her way to the top spot and is now reportedly the highest paid actress in Bollywood. Several reports claim that the actress’s next with Prabhas came with a dreamy pay cheque of Rs 20 crore.