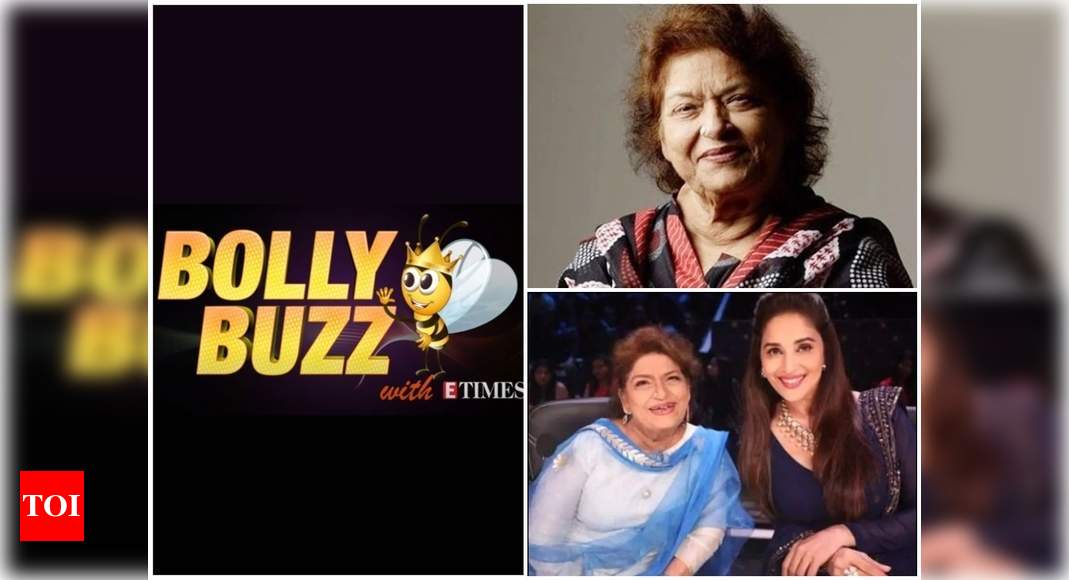 Looks like it’s another dark and gloomy day for Bollywood as one of its finest choreographers, Saroj Khan passed away early this morning due to a cardiac arrest. While the industry was still mourning the loss of Sushant Singh Rajput, this news has disturbed the entire industry. In our latest segment Bolly Buzz, we bring you all the news and gossips from the world of entertainment. Check out what else happened today here:

The news of Saroj Khan’s demise came in just weeks after she checked into a city hospital after complaining of breathing issues. The dance maestro, made headlines when her Covid-19 test turned out to be negative. Meanwhile, the news of her passing away was confirmed by filmmaker Kunal Kohli on Twitter, her family later revealed details of dear Saroj’s passing, saying, “She passed away due to cardiac arrest at around 2.30 am in the hospital.”

Several Bollywood A-list stars including Amitabh Bachchan, Madhuri Dixit, Akshay Kumar, Kajol, Kareena Kapoor Khan, Varun Dhawan, Anushka Sharma, Tiger Shroff paid tribute to ‘Masterji’ as they fondly remembered the lessons, tips and tricks she taught them. Many stars even turned back the clock to share some beautiful throwback photos while remembering their time with Saroj on the film sets or on the big stage.

For those who didn’t know, Saroj was the one behind Madhuri Dixit’s ‘Tabah Hogaye’ and ‘Ek Do Teen’, late Sridevi’s ‘Hawa Hawai’, Aishwarya Rai Bachchan’s ‘Dola Re Dola’, Kareena Kapoor Khan’s ‘Yeh Ishq Hai’ to name a few.