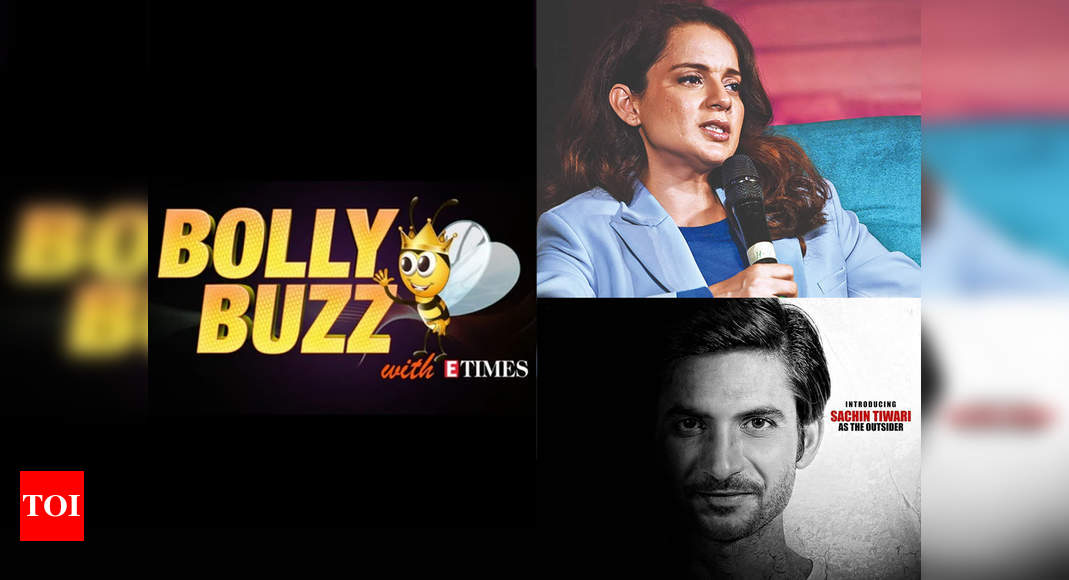 From Kangana Ranaut stirring up a storm to Katrina Kaif, Ishaan Khatter and Siddhant Chaturvedi announcing a new film and Sushant Singh Rajput’s lookalike landing a film deal, here are all the top headlines of the day in our segment Bolly Buzz. Controversy’s favourite child Kangana Ranaut was back to ruffling feathers, stirring up storms and making jaw-dropping allegations in a recent tell-all conversation. She was also ready to put down her Padma Shri honour if all the claims she made weren’t “available on public domain”. While trying to make her point that Sushant Singh Rajput’s death was “systematic”, she went on to take jibes at Taapsee Pannu, Swara Bhasker and Richa Chadha who she called “B-grade actresses”. In a cryptic note Taapsee hit back saying, “Maine suna class 12th n 10th ke result ke baad humaara result bhi aa gaya hai! Humaara grade system ab official hai ? Abhi tak toh number system pe value decide hoti thi na…”

Interestingly, Sushant Singh Rajput’s lookalike has bagged a Bollywood film deal. Sachin Tiwari, who had social media obsessing over his striking resemblance to late SSR, has now bagged the lead role in an upcoming film ‘Suicide or Murder’, which will reportedly be based on Sushant’s story. With the first look already out, the makers of this film are eyeing a year-end 2020 release. In some more filmy news, Deepika Padukone is all set to team up with ‘Baahubali’ star Prabhas for a film by Telugu hitmaker Nag Ashwin. Sharing her excitement DP had said, “Beyond Thrilled! Cannot wait for what we believe is going to be an incredible journey ahead.”

Coming in as another exciting confirmation was Katrina Kaif announcing that she will be teaming up with Ishaan Khatter and Siddhant Chaturvedi for a horror-comedy titled ‘Phone Bhoot’. Suited and booted, just the way we like it, the trio got all quirky as they shared the exciting news on social media.

Also, Salman Khan treated fans on social media with his farmer avatar. With the monsoon hitting everyone hard, Salman was seen ploughing the field in a tractor. Away at his lavish abode Arpita Farms in Panvel, the actor has been planting crop, plucking fresh harvest and even indulging in mud baths.