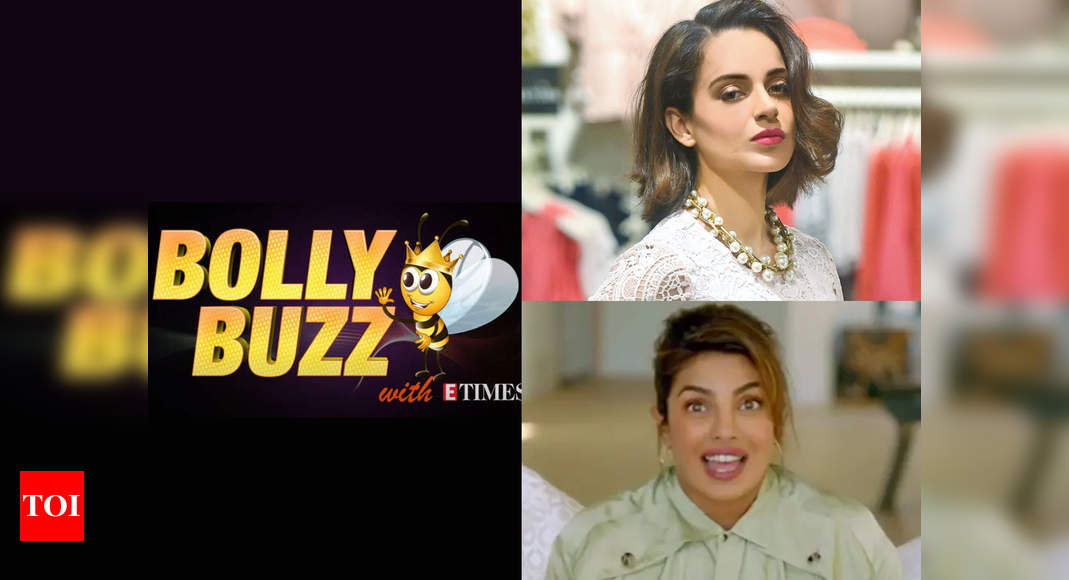 From Kangana Ranaut spilling her heart about her crusade for Sushant Singh Rajput to Priyanka Chopra reliving her moment of crowning glory – here are the hottest headlines of the day in our segment Bolly Buzz. Sushant Singh Rajput’s good little dogo Fudge, who was one constant source of joy and happiness in the actor’s life, has now moved to Patna to live with Sushant’s dad, KK Singh. The actor’s sister Shweta was more than happy to share the adorable click of the cutie-patootie wagging his tail and wanting a pat as his hooman posed for the picture. “Dad with Fudge,” the photo was captioned.

In a tell-ll interview, Kangana Ranaut spoke her heart out on her crusade for getting Sushant Singh Rajput justice. From admitting that she wished she could have met the man, she shared about their similar life experiences and even revealed that they were scheduled to work together on a Homi Adjania directed love-story. “Had I done that film, what would our lives be, I don’t know. I can only think about it,” Kangana said as she wondered all that could have been.

At a time when social media is being tagged as ‘toxic’, Kareena Kapoor Khan landed in a murky battle. A video claiming to distinguish between “real talent” and “nepotism” pitted Sushant’s knowledge of space against Kareena’s knowledge of space. While fans argued that haters have completely lost the plot, the video was interestingly endorsed by Kangana Ranaut’s team who retweeted the clip. On the other hand, Taimur Ali Khan stepped up in matching attire and a mask as he took over top trends on social media for just being his adorable self. The little Prince charming came in as a ray of sunshine and kicked off a meme fest on social media that was too funny to ignore.

And because Fridays call for flashbacks to happier times, Priyanka Chopra turned back the clock to relive her moment of crowning glory when she took home the Femina Miss India title. Not one to shy away from poking fun at her fashion choices, makeup and her hairdo, PeeCee’s running commentary had fans and herself laughing out loud. She also did the unthinkable and shared a bunch of her old photos while admitting, “These pictures are hard to look at. Well, this is where everything started. These are the pictures that sent me to Tinseltown.”