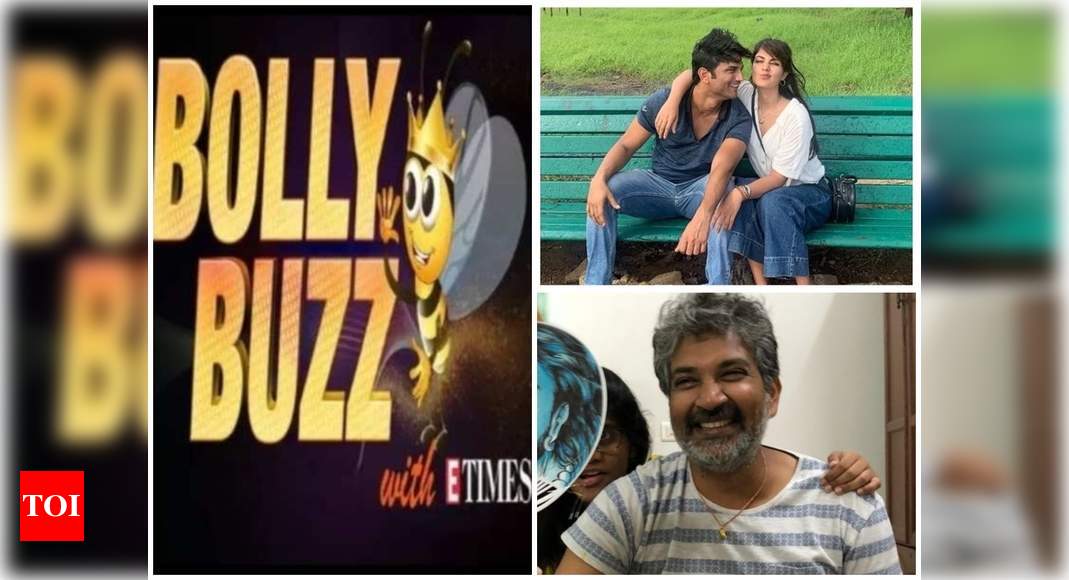 Just like any other day, today we bring you the latest updates and biggest headlines of the day. From more updates in the Sushant Singh Rajput case, Farhan Akhtar roped in for the Rakesh Sharma biopic, Sonu Sood celebrating his birthday to Baahubali director SS Rajamouli and his family members testing positive for Covid-19, we’ve got all the trending news of the day. ETimes brings a new segment Bolly Buzz which goes beyond the usual mix of news and gossip to give all its readers a roundup of trending stories of the day.

There are various reports doing the rounds on social media about the Sushant Singh Rajput probe. Earlier, there were reports that Rhea Chakraborty was “absconding”. Later, Bihar police SP told a news portal that they “weren’t even looking for her”. Another report suggested that the actress and 10 others have been summoned by the Bihar cops, failure of which they will have to approach the court!

The ‘Kedarnath’ actor’s family reportedly claimed that the Mumbai Police is going in a ‘different direction…” the police have alleged that neither did KK Singh or his daughters “ever mention” Rhea in their original statements.

On the other side, Sushant’s ex-girlfriend Ankita Lokhande has reportedly informed Bihar Police that the Sushant was quite unhappy because Rhea “harassed” him. Buzz is that Ankita even shared the chat with the police.

Baahubali director SS Rajamouli and his family members tested positive for Covid-19. The director took to his social media handle to inform his fans. The post read as, ”The result has shown a mild COVID positive today. We have home quarantined as prescribed by the doctors.”

Farhan Akhtar has been roped in for Rakesh Sharma biopic ‘Saare Jahaan Se Acchha’. For the past two years, reports were doing that stars including Aamir Khan and Shah Rukh Khan were approached for the role. Now, the makers are all set to launch this space film with Farhan Akhtar.

Actor Sonu Sood is celebrating his birthday today. In an exclusive interaction with Etimes, Sonu opened up about his birthday plans. He said, ” You know, I never celebrate my birthday. It’s only my family or some close friends that used to come. But because of the lockdown, a lot of friends are insisting that they want to come, but I have requested them not to. Because it’s for their safety and for the safety of everyone. So I’ve requested maybe we’ll have a zoom call or some kind of video calling. But yeah, in a lot of different states, people are celebrating my birthday. So I’ve given them timings, from 2 to 2:15 I’m going to talk to people in Assam then in Orissa, then Uttarakhand and then in UP, Bihar, all these places. So every state is given 15 minutes every single day and this is how the birthday is going to be but something very, very special.”