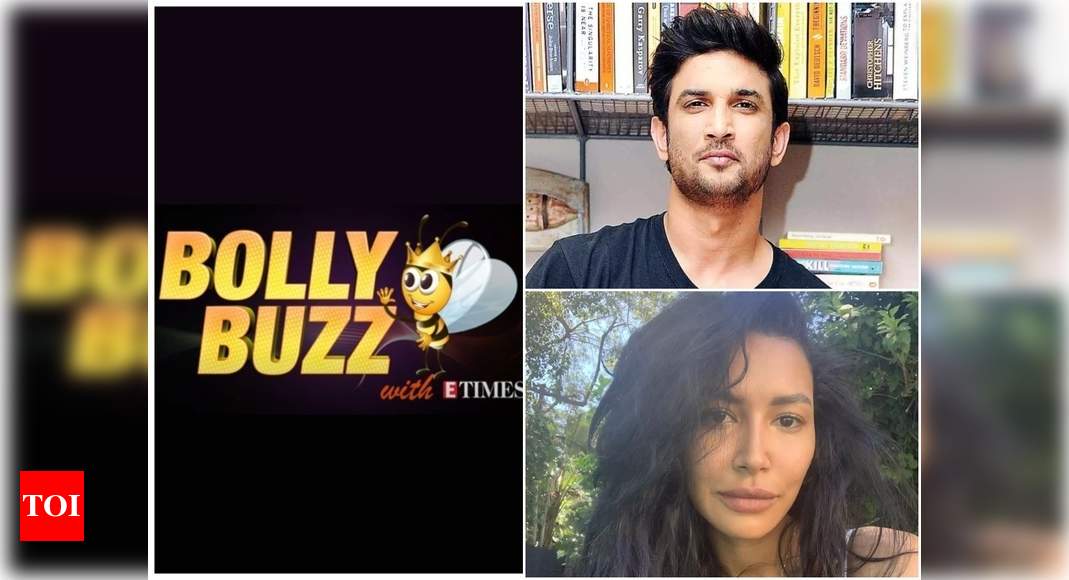 In completing one month death anniversary of Bollywood heartthrob Sushant Singh Rajput, tributes and messages of love have been coming in from all quarters with everyone from fans to fellow Bollywood stars and former co-stars fondly remembering the late star and wishing him peace. After braving the social media backlash, controversies and conspiracies, Sushant’s girlfriend Rhea Chakraborty marked the day by sharing her tear-jerking message of love. “Full of empathy and joy, you could lighten up a shooting star – now, you are one. I will wait for you my shooting star and make a wish to bring you back to me,” she said in her note that concluded with the words “Be in peace Sushi’ The note has been receiving love from fans and fellow B-town stars including Varun Dhawan, Bhumi Pednekar, Tiger Shroff among many others.

Sushant Singh Rajput’s former flame Ankita Lokhande and best friend, Mukesh Chhabra and Mahesh Shetty also honoured the actor’s memory. While Ankita lit an oil lamp and offered a pooja for the ‘CHILD Of GOD’, Mahesh, who happened to be the last person Sushant called before taking the drastic step, lit a candle and prayed for his departed friend. Mukesh, on the other hand, shared some treasured photos that he captioned saying, “ek mahina ho gaya hai aaj ab toh kabhi phone bhi nahi ayega tera,” in hindi script. Meanwhile, Sanjana Sanghi sent out a tribute of love to her co-star saying, “ ‘Whoever said time helps heal all wounds, was lying’

Tara Sutaria joined the long list of Hollywood stars remembering actress Naya Rivera. The American star, who was missing for the past 5 days, was found early this morning, the police confirmed while stating that she probably died by drowning during a trip to the lake with her 4-year-old son. As tributes and condolence messages poured in, Tara paid tribute saying, “Rest in peace, @nayarivera. Your talent, beauty and courage to be unafraid will always inspire young girls everywhere.”

Sara Ali Khan became the latest star to announce that her driver tested positive for COVI-19. Sending out a note of thanks to the BMC, the actress wrote “My family, the other staff at home and I have all been tested negative…” Asking everyone to “take care”, Sara also assured that her family and their staff will take the necessary precautions in the times of this pandemic.

Reportedly the Bachchans are “stable” now. While Amitabh and Abhishek are getting treated in hospital and Aishwarya and Aaradhya are taking the necessary treatment at home. Meanwhile, Bachchan’s staff will undergo a second round of antibodies tests to find out how the Bachchans contracted the virus. Also, the whereabouts of the Bachchans in the past few days will also be traced.