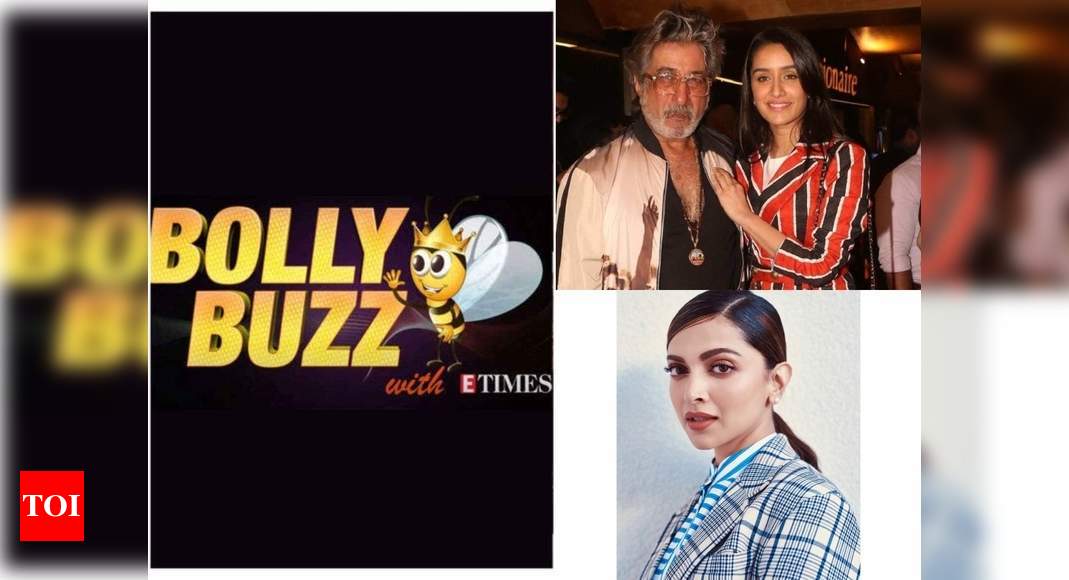 Just like every day, we bring you some interesting updates of the day from the B-town. The stars who ruled the headlines were Shakti Kapoor, Deepika Padukone, Ali Fazal, Ajay Devgn and others. From Mira showing off hubby Shahid Kapoor’s culinary skills to Irrfan Khan being the first choice for Shoojit Sircar’s ‘Sardar Udham Singh‘, here are the best stories of the day. ETimes brings a new segment Bolly Buzz which goes beyond the usual mix of news and gossip to give all its readers a roundup of trending stories of the day.

In an exclusive chat with Etimes, Shakti Kapoor assured all that neither will he nor will his family, including daughter Shraddha Kapoor resume work any time soon. In fact, he also says, “I tell industry people in our group that it is better to wait than pay hospital bills. It is still a very bad state of affairs outside.”

Shahid Kapoor wooed wifey Mira Rajput by cooking a storm in the kitchen. For the first time in five years, the hottie cooked up a mean pasta for his family and was Mira impressed. She said, “The husband cooks for the first time in 5 years and this by far the best pasta I’ve eaten!!! #nobias” Mama Mia… we wonder what was served up for dessert…

Looks like Ali Fazal and Dimple Kapadia have thoroughly impressed their Hollywood co-stars. Kenneth Branagh, who will star with Ali in ‘Death on the Nile’ was all praise on the B-town hunk. He said it was “an absolute joy” to work with and besides lauding his craftsmanship, sense of humour and improvisation skills, He went on to add, “Ali was incredibly popular with our cast, they loved him.” He also sung praise of his ‘Tenet’ co-star Dimple Kapadia who impressed director Christopher Nolan with her performance.

Today, Deepika Padukone shared a beautiful portrait made by a loyal fan. She shared the awesome artwork and gave the artist due credit. Ajay Devgn also shared a video compilation of impressive sketches of the actor’s best characters.

Did you know that Irrfan Khan and not Vicky Kaushal was the first choice for Shoojit Sircar’s ‘Sardar Udham Singh’? Yes, you heard that right. Reports are doing the rounds that the director was keen to have Irrfan. Sadly, we hear that the dream casting could not happen owing to the actor’s deteriorating health. The team was ready to wait it out till after his treatment, but the actor supported the decision to cast someone else. The film was made with Vicky in the lead and is now it is all set for its big release in the coming months.