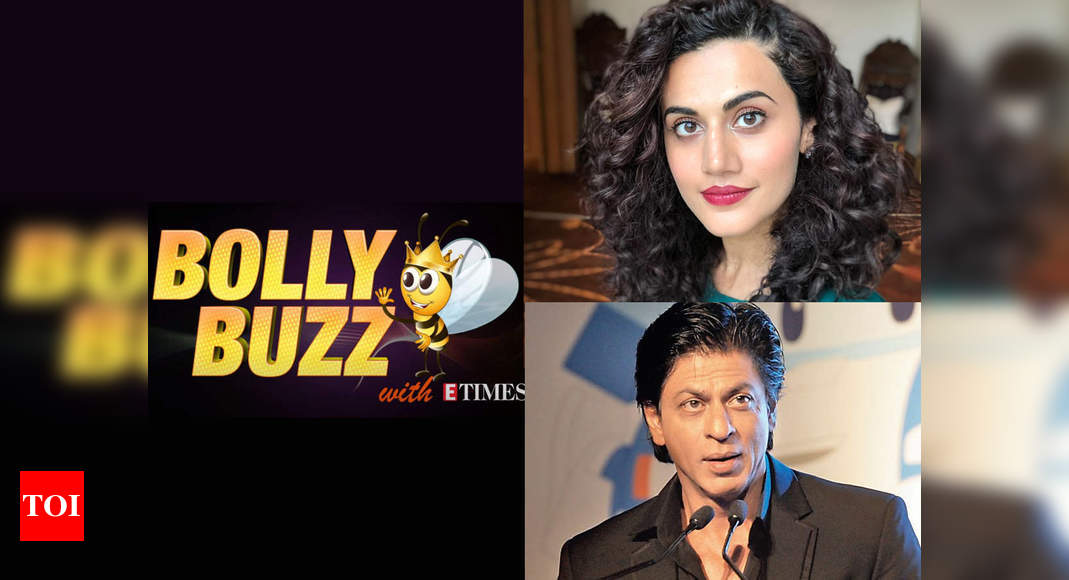 From Kangana Ranaut’s team taking mean jibes at fellow Bollywood actresses to Shah Rukh Khan covering Mannat in plastic and Anurag Kashyap sharing a ‘scary’ throwback interview – here are all the headlines of the day in our segment Bolly Buzz.

As the public outcry seeking justice for Sushant Singh Rajput continues, Kangana Ranaut’s digital team has been posting several jibes at Bollywood actresses on Twitter saying, “struggling B grade failed actors whose ambitions r beyond their worth n talent are all out attacking a single woman who raised her voice against Mafia.” The handle went on to take dig at Taapsee’s work and said: “she never gave a solo hit in her whole life”. Not one to take the offensive jibes lying down, Taapsee hit back, “A film is a TEAM effort including all departments, all actors. The protagonist in NOTHING without the support of the ‘supporting’ cast” Following the actress’ reaction the handle went on to claim, “Kangana only said you deserve better, no idea why you hurting so much”.

Stepping into the controversy, Anurag Kashyap expressed his concerns for Kangana, alleging that the actress in being “used”. In a series of tweets the director shared his admiration for Kangana, but admitted that he will not tolerate this, he also shared a ‘scary’ throwback video of Kangana where the actress claimed cutting roles and scenes of her Manikarnika co-stars was her “prerogative as a director” when she took over the film. Also, film critic Rajeev Masand was summoned by the Mumbai Police to record his statement in the Sushant Singh Rajput case. The critic was named by Kangana in a recent interview and reports suggest that he was to be questioned about the negative ratings he gave Sushant’s films.

And as Bollywood braces itself for this thunderstorm, Shah Rukh Khan proved at the end of the day, he too has his monsoon woes. The superstar shielded plush sea-facing house with some plain old plastic sheets. Photos of SRK’s lavish bungalow went viral on social media.