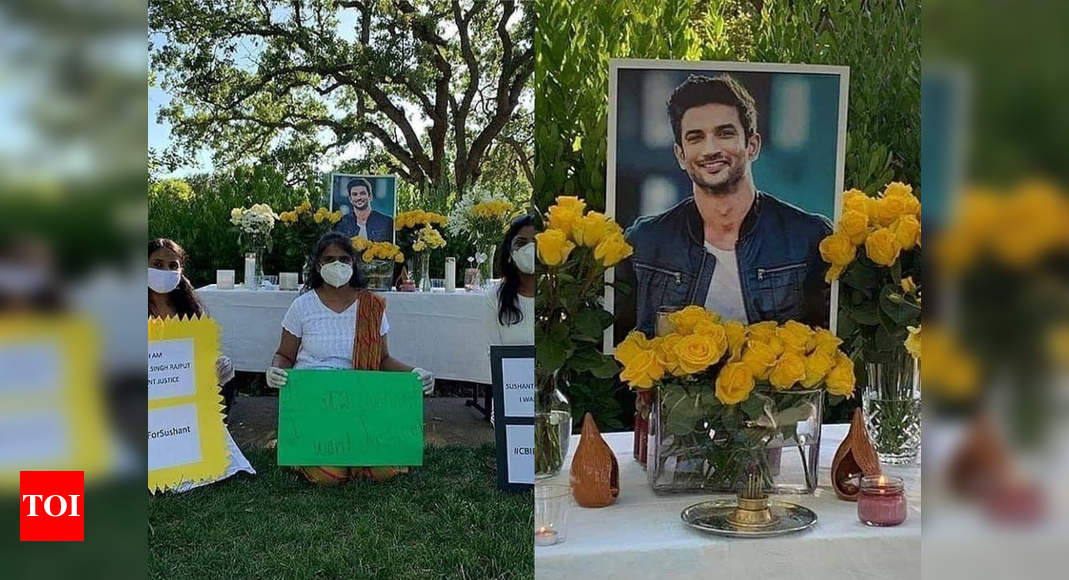 Today marks the one month death anniversary of the Bollywood star Sushant Singh Rajput. To this, several fans and friends of the late actor have been spotted praying for the departed soul by lighting candles and diyas.

Similarly, Sushant’s Indian fans in California held a private prayer meeting to remember the late actor. Sharing pictures online from their meeting session, the US fans were also spotted holding multiple placards that read “ I AM SUSHANT SINGH RAJPUT I WANT JUSTICE #CBIForSushant”

The fans had also put up Sushant’s picture surrounded by yellow roses and lighted candles to pay a heartfelt tribute to the actor.

Meanwhile, the Mumbai police continue to probe the death case of the ‘Kai Po Che’ actor and reportedly, only a few weeks away from completing their official investigation on Sushant Singh Rajput’s death case. If sources are true, the officials have so far not found anything ‘sensational’ during their probe. Earlier, the actor’s autopsy reports have also ruled out the chances of foul play.