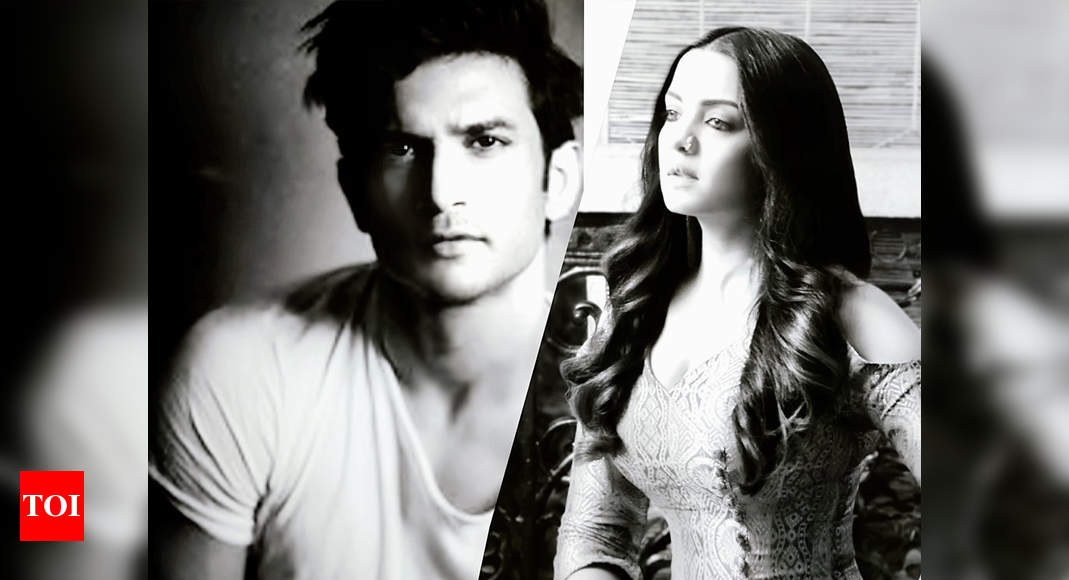 Sushant Singh Rajput’s death by suicide on June 14 shocked the nation and left fans of the actor devastated. Over a month after his demise, the actor is still fondly remembered by his Bollywood peers. Penning a special note for Sushant Singh Rajput, Celina Jaitly wrote on Facebook, “Limelight seems to be the brightest place in the world but behind the brightest lights is also the darkness of a moonless night and immense loneliness. Fear grows in that darkness and many feed upon it until you reach for the light, switch it on and realise it was just the demons in the mind. These demons, they are scared of the real light within “YOU” for that light, it will outshine everything they have built.” 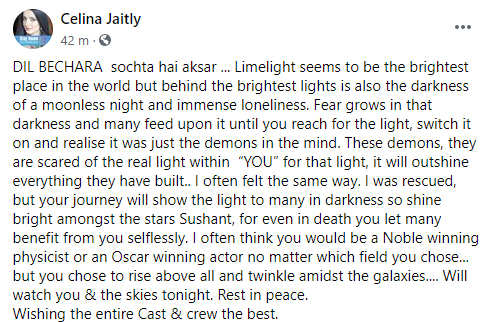 Celine further expressed that Sushant’s journey will show the light to many others. “I often felt the same way. I was rescued, but your journey will show the light to many in darkness so shine bright amongst the stars Sushant, for even in death you let many benefit from you selflessly. I often think you would be a Noble winning physicist or an Oscar winning actor no matter which field you chose… but you chose to rise above all and twinkle amidst the galaxies…. Will watch you & the skies tonight. Rest in peace.”

Sushant Singh Rajput’s demise has brought back the focus on the nepotism debate in Bollywood. Several celebrities are also urging for a CBI inquiry into the actor’s demise.