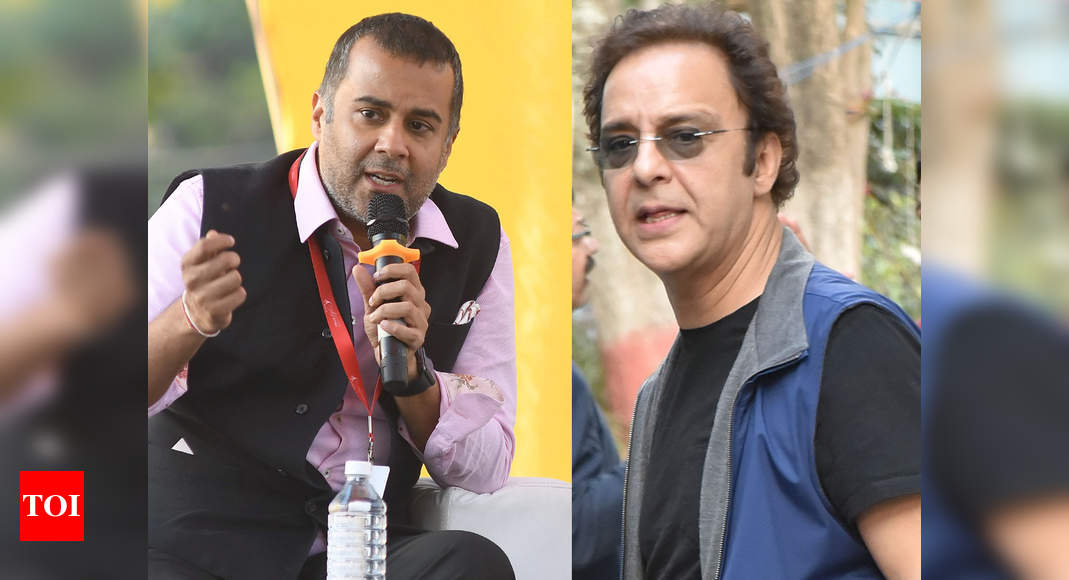 Sushant Singh Rajput’s death by suicide has led to a debate about nepotism and today a film critic was also questioned by the Mumbai police as part of the investigation. Urging film critics to be fair author Chethan Bhagat had shared on Twitter, “Sushant’s last film releases this week. I want to tell the snob and elitist critics right now, write sensibly. Don’t act oversmart. Don’t write rubbish. Be fair and sensible. Don’t try your dirty tricks. You have ruined enough lives. Now stop. We’ll be watching..” 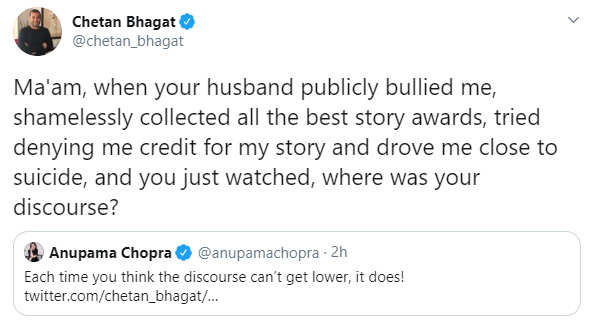 Replying to his post, Anupama Chopra had posted, “Each time you think the discourse can’t get lower, it does!”. However hitting back at her, Chetan Bhagat alleged that Anupama Chopra’s husband Vidhu Vinod Chopra had once driven him close to suicide. “Ma’am, when your husband publicly bullied me, shamelessly collected all the best story awards, tried denying me credit for my story and drove me close to suicide, and you just watched, where was your discourse?” Chetan Bhagat seemed to be hinting at Vidhu Vinod Chopra produced ‘3 Idiots’, which was directed by Rajkumar Hirani. The film was inspired by Chetan Bhagat’s novel ‘Five Point Someone’.

Recently Kangana Ranaut had shocked Bollywood with her statements in an interview wherein she had called Taapsee Pannu and Swara Bhasker as b-grade actresses. Taapsee had replied stating that one should not take advantage of a person’s death for personal vendetta. She had said, “I refuse to be bitter. I refuse to take advantage of someone’s death for personal vendetta and I refuse to make a mockery out of the industry that gave me bread and identity. I have had my share of struggles and just because I don’t glorify them or deal with them with a positive outlook doesn’t make me any less of the outsider.”