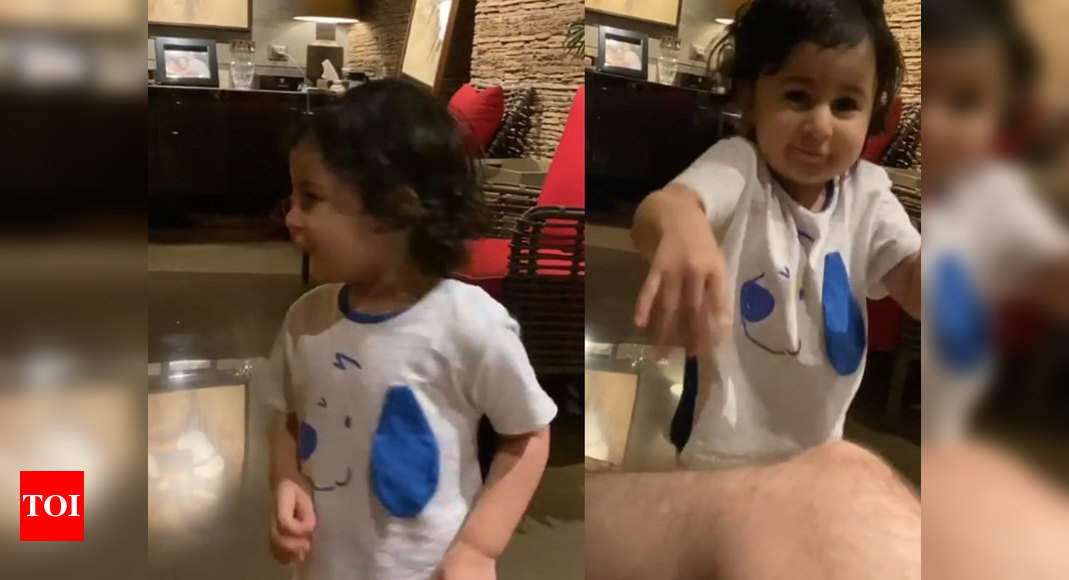 The pandemic scenario has affected one and all. However, we are glad that some things are still untouched, like the innocence of the toddlers. Proof of the same is the latest video of Neil Nitin Mukesh’s daughter Nurvi Neil Mukesh.

In the video, the little munchkin can be seen running around the house, muttering something in gibberish. And believe us, video of the same is too cute to be missed.

Sharing the clip, Neil Nitin Mukesh wrote – “Love how Happiness is not defined by anything else but “Togetherness” ❤️ #randomfun #gibberish”

This is not the first time Neil has shared the cute videos of his daughter Nurvi. As a matter of fact, amid the lockdown, he has flooded his social media handle with her utterly adorable videos.

Besides these videos, amid quarantine, Neil composed a song. He shared a video of an unreleased song from 2002 released ‘Mujhse Dosti Karoge’, and reportedly he will be using it in one of the two movies that he has written.

Sharing the same he penned – “Throw back to a film set where I found a piano. This tune was been composed by me years ago when I was still an Assistant Director on the film “Mujhse Dosti Karoge” . Some really lovely people on the set told me to use it when I become an actor. Years later this melody still haunts me and has been programmed , sung and is ready for an audience. Sharing a peek into this beautiful moment. Hope you enjoy it ❤️🤗”