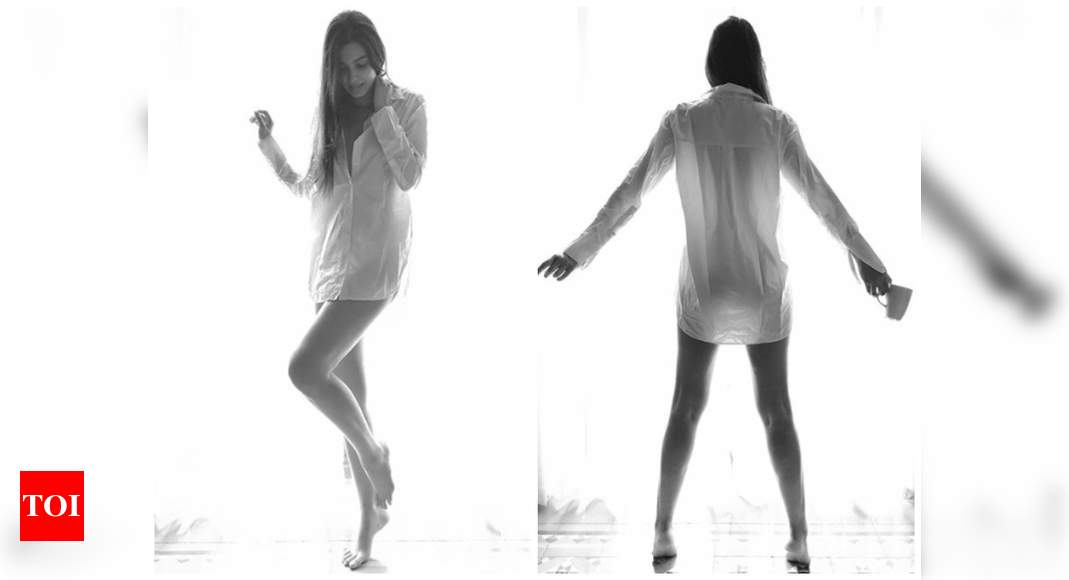 Actress Diana Penty, who has recently completed eight years in the film industry, has some excellent films to her credit like ‘Cocktail’, ‘Lucknow Central‘ and ‘Parmanu: The Story Of Pokhran’. Apart from this, the actress is a social media active and often treats fans with her interesting clicks.

Today, the ‘Cocktail’ fame actress dropped a series of stunning monochrome photos on her Instagram and it capturing everyone’s attention. In the photos, the actress is seen donning a white shirt, teamed up with her messy hair.

For those who might not know, the actress made her Bollywood debut in 2012 with the hit ‘Cocktail’ co-starring Saif Ali Khan and Deepika Padukone. Amid the lockdown, Diana has come out to extend help and support to Mumbai Police, who have been in the forefront to fight against the coronavirus.

On the work front, Diana will next be seen in the romantic drama ‘Shiddat‘ alongside Mohit Raina, Radhika Madan, and Sunny Kaushal. It is directed by Kunal Deshmukh of ‘Jannat’ fame.