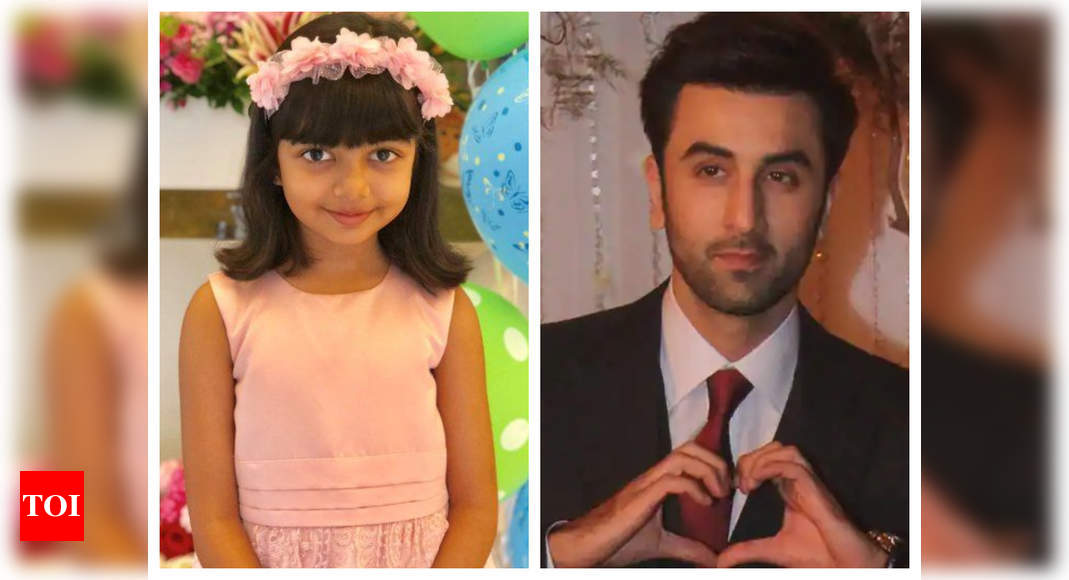 Aishwarya Rai Bachchan and Ranbir Kapoor are one of the most good-looking actors we have in Bollywood and when they came together on-screen for ‘Ae Dil Hai Mushkil’, it was an absolute treat for their fans. While Aishwarya was reportedly nuts for Ranbir’s father Rishi Kapoor, she once revealed that her daughter Aaradhya crushed on Ranbir.
In a throwback interview with Filmfare, Aishwarya had revealed that once Aaradhya had mistaken Ranbir for father Abhishek Bachchan on the sets of the film. She ran into his arms only to realize that it was Ranbir and not Abhishek. Ever since then, she has been quite shy around him.

Aishwarya was also quoted telling Ranbir that she was nuts for his father Rishi Kapoor and he is the first one Aaradhya is reacting to as an actor with shy expressions. According to her, life’s come full circle. She told Filmfare, “On the set, I introduced Ranbir as ‘Ranbir uncle’ to her. He joked, ‘No RK!’ Twice she addressed him as ‘uncle’. But the other day, suddenly it was ‘RK’. We all laughed at that.”

Aishwarya and Ranbir’s sizzling chemistry in ‘Ae Dil Hai Mushkil’ was loved by their fans. The movie also starred Anushka Sharma in the lead roles. The movie received positive reviews from the audience and the critics alike.