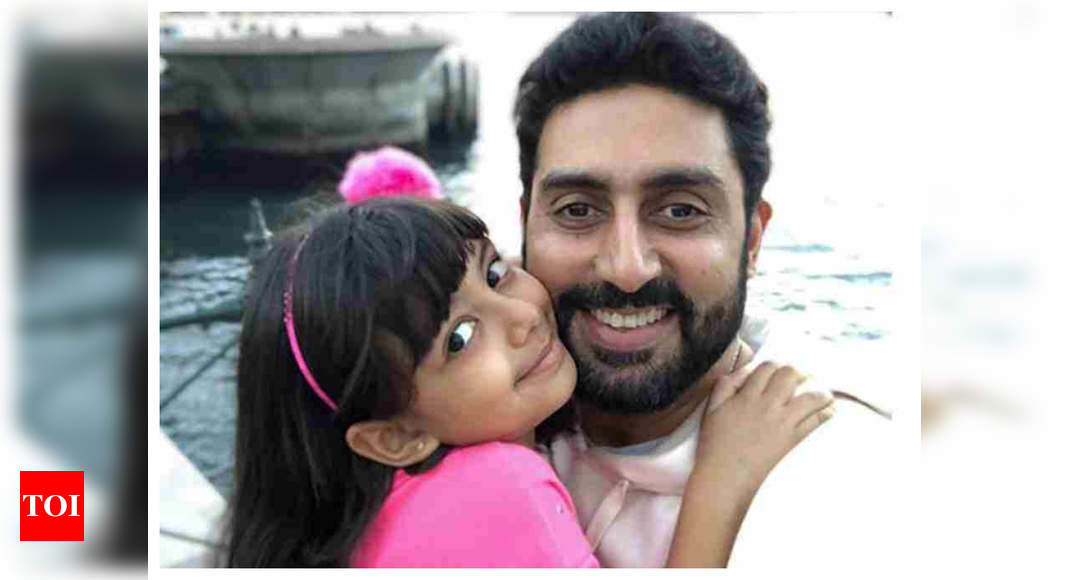 Abhishek Bachchan’s darling daughter Aaradhya Bachchan has her little fingers wrapped around him and his wife Aishwarya Rai Bachcha. The actor absolutely dotes on her little angel. So much so that has been making changes in his work life for her.
Did you know that Abhishek has lost roles because of Aaradhya for some reason? Yes, you read it right! In a recent chat show, Abhishek recently opened up about how his life has changed because of the arrival of his daughter.

Abhishek reportedly revealed that there are certain kinds of films and scenes that he is no more comfortable doing. He also added that he would not do anything that Aaradhya would feel uncomfortable or something that she might question him about.

Elaborating more, he added that he is thankful to his bundle of joy as he is as it is uncomfortable doing romantic and intimate scenes so he would rather not. He reportedly revealed that he tells the directors before signing that if there’s a scene which has a lot of physical intimacy, that’s something he is not willing to do, so that they have a choice.

He also went on to say that 100 percent of the times, the directors did away with the scenes altogether. He added that if they say this is integral to their storytelling and they really can’t wrap their heads around doing it in a differently aesthetic way, then he says he is happy to bow out of the project.

Meanwhile, on the work front, he will next be seen in ‘The Big Bull’ and ‘Bob Biswas’.