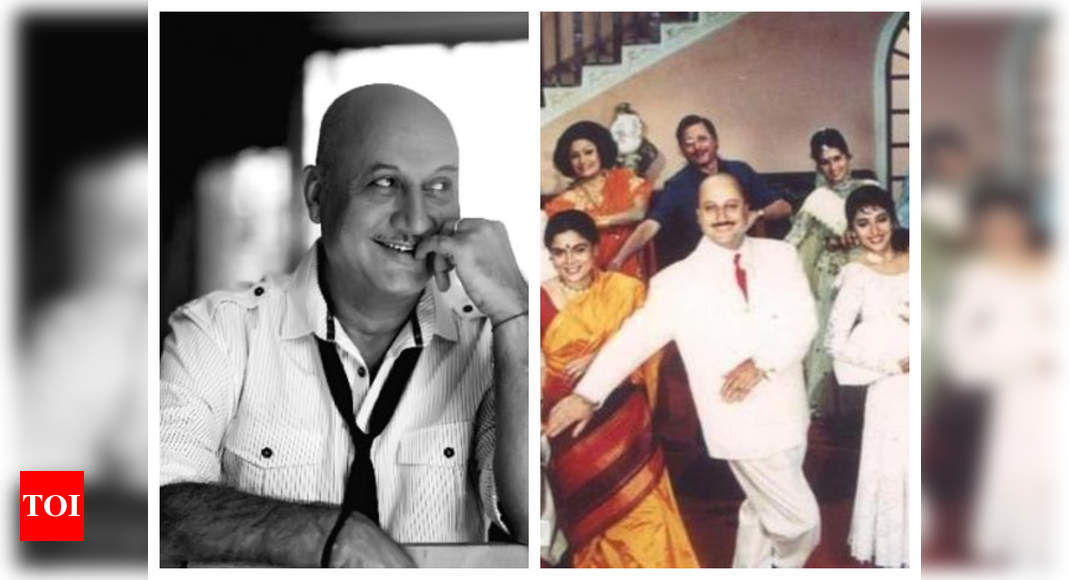 Anupam Kher is one of the most senior and talented actors we have in Bollywood. The actor has been part of some very memorable films in the industry and continues to entertain his audience. One of his most loved films is Sooraj Barjatya’s ‘Hum Aapke Hain Koun’.

While the actor left no stone unturned to impress us with his entertaining character in the film, did you know that he was suffering through facial paralysis during the shooting of the ionic movie? Yes, you read it right!

In a media interaction, Anupam Kher revealed that when he was doing ‘Hum Aapke Hain Koun’, he got facial paralysis and he immediately went to the director Sooraj Barjatya. The veteran actor informed the filmmaker about his condition and told him that his face is twisted but he is ready to shoot despite the facial paralysis. He also added that when you confront situations, it makes you believe more in yourself.

Anupam Kher played the role of Professor Siddharth Choudhury in the movie. The Sooraj Barjatya directorial starred Salman Khan, Madhuri Dixit, Renuka Shahane, Monish Bahl, Alok Nath and others. The movie is still considered to be one of the most loved movies of Hindi film industry.

On the work front, Anupam Kher will be next seen in Rohit Shetty’s action film ‘Sooryavanshi’. The movie stars Katrina Kaif and Akshay Kumar in the lead roles. The movie was supposed to release on March 24. However, it got postponed indefinitely due to the coronavirus pandemic and lockdown.