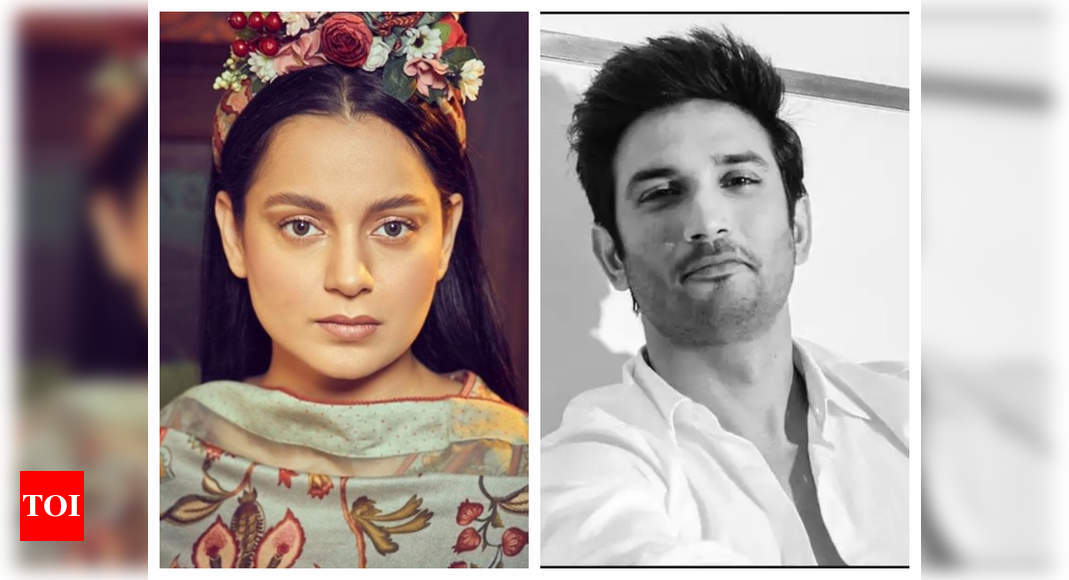 After Sushant Singh Rajput’s tragic demise, a lot of debates, discussions and revelations have been happening in Bollywood. Kangana Ranaut has been one of the actors from the industry who has been actively running a crusade for the late actor.
While the actors have never worked together, did you know that they were being considered for a movie by filmmaker Homi Adjania? Yes, you read it right! Kangana Ranaut revealed in an interview with ETimes that she was supposed to work with Sushant in a film about an urban couple.

Spilling some beans about the same, Kangana said, “I still remember that day when Homi called me to his office. I was about to step out and I was given the legal notice that Hrithik Roshan had sent me about criminal charges. In a dazed state, I went to Homi, and he narrated me a love story and I could not just focus on it because I was so shattered. I told him I would revisit it, but nobody knew my state of mind. After that, for one year, the kind of filth that I faced, the kind of butchering that I faced, I didn’t sign any film that year, but I vaguely remember that story. It was a love story about an urban couple.”

Elaborating further, she added, “When this whole thing happened, it occurred to me that if I had done that film, would our lives have been different now? I don’t know. I just don’t know. It is so unfortunate at so many levels. Would I be his friend and would I have given him a perspective for not longing for acceptance? I don’t know what I would do on finding such an amazing person. That was so unfortunate and this makes me feel so bad. Had I done that film, what would our lives be, I don’t know. I can only think about it.”

Sushant Singh Rajput’s fans, friends and Bollywood counterparts have been protesting against selected Bollywood celebrities who are either promoting nepotism or are the product of the same. They have also been asking the Indian Government for a CBI probe in his suicide case.