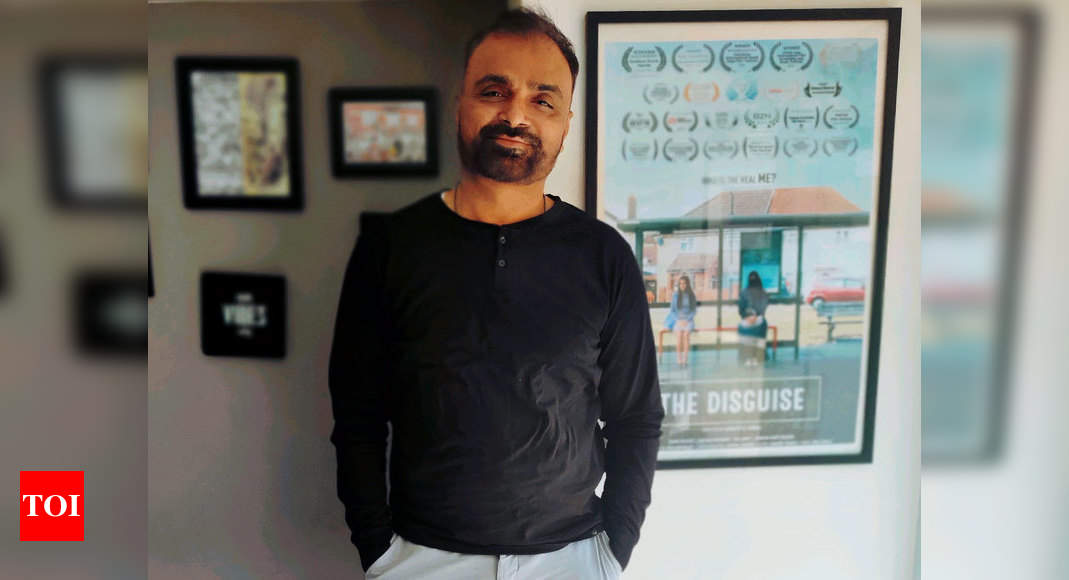 In an industry overflowing with colour and chaos, director Sandeep A Varma stands out for his impactful work, be it through a feature film or even an equally engaging short. Unafraid to hold up a mirror to the society and show her some of her unflattering sides, with short films like ‘Kahanibaaz’ and ‘The Virgins‘, he will be back to share another hard-hitting tale with ‘The Disguise‘. Although viewed through pastel and subtle hues, this one packs a punch with a story that not just tackles bigotry, racism and intolerance, but also sheds light on the importance of identity. In a candid conversation with ETimes, he spilled beans on his upcoming film, the reservations Bollywood filmmakers have against backing certain movies, his decision to crowdfund the project and more.

With an impressive lineup of films that take on heavy subjects with tact and diplomacy, we asked him if he had chosen this genre just because he was in love with it or if there was something more to it. “To be honest, it is nothing like that, but I guess it happens organically,” Sandeep laughed it off.

However, citing that he came from an engineering background, he said, “When I jumped into the risky business of filmmaking, I had a sense of the kind of stories I want to tell. I needed to remain driven by the stories which I see around me and not from other films. I want stories to evoke a kind of emotion that gets people to react. Hence, what you see of my work so far is more hard-hitting.”

When quizzed about the discourse he hopes to start with ‘The Disguise’, Varma shared, “I didn’t make the film about Islamophobia and stuff like that. It is about identity but told through the story of two Muslim women. It is about whether you put on an act for people or exercise your culture in front of everyone. The generalization of people, because they’re different from us, is the debate which I want to start.”

Using the present-day examples of a world still grappling for inclusion and acceptance, he said, “We need to be a little more tolerant. We must learn to accept different types of people in the world, whether it’s in the US, with different coloured people, or it’s in India where we have different languages and cultures. We need to be able to accept it.”

As this was a partly crowdfunded and a personal funded project, the director says that it came with its fair share of limitations. As budget constraints prevented him and his team from heading to London early for a recce, he points out that this was when the world of social media and the internet came into play. “I recruited my Cinematographer Ezequiel Romero on skype! I found his work fantastic and he was actually the one who went around multiple locations, shot small videos and sent them to me and then we’d connect via a Skype call to see if the location would work for the shoot,” Varma said.

However, it seems that the tag of a ‘Bollywood filmmaker’, came with its share of assumptions. He said, “When I reached there, the image of Bollywood reached before me. Days before the shoot, the cast and crew were a little scared because they thought a Bollywood director was coming and he would want everything to be ‘loud’.”

He was happy to state that days into the shoot, the team’s perceptions changed and that they were amazed to know everything in Bollywood need not always be ‘loud and flamboyant’, and that directors such as him, had “sensibilities that are international in terms of storytelling.”

In a conversation with the producer of the film, Riya Mukherjee, she mentioned how Bollywood producers had reservations about backing films without a ‘big name’ in the star cast. Sharing the reason why she chose to turn producer, Riya said, “You know how Bollywood works. ‘Who’s going to be the big name? Can you get us a big star? We love your script, but it’s a box office risk. Can you get us, Shah Rukh Khan?’ So, you know, after pedalling and hustling with this script, I realized if you believe in something, find the resources, because otherwise, an idea can remain on paper until that paper yellows.”

Director Sandeep, who spent many years in the Hindi film industry, reasoned, “If I tell people that I have some absolutely kick-ass scripts with me, I will see a few producers who know my work lining up. But tomorrow, if I say that I don’t have a script, but I have Salman Khan who wants to work with me, I will have a long line of film producers waiting to back the film.”

He went on to add, “I do understand the logic behind it because I know that the audience is looking for good stories, but somehow there is this resistance in the trade. It is a fact that it is a constant struggle for filmmakers, directors and actors. That’s where the advantage of being from the industry comes in.”

Sandeep argued that had he been born in Mumbai’s Pali Hill, and not in Delhi, “I would have known a few families from the industry and grown up with them. I would have maybe worked with the ‘stars’ or known them on a first-name basis. But for me, as an outsider to get an audience with a star, even after years of work will still take 2 months.”

However, irrespective of whether his film has a star or doesn’t, he makes one thing clear that he wants to have a dialogue with his films. “I feel the final film is made in the audience’s head. When I present the audience with my film, it is like a proposal for my side. I like to leave things unsaid for the audience to get involved in the scenes and finish the sentence because everyone finishes their sentence differently.”