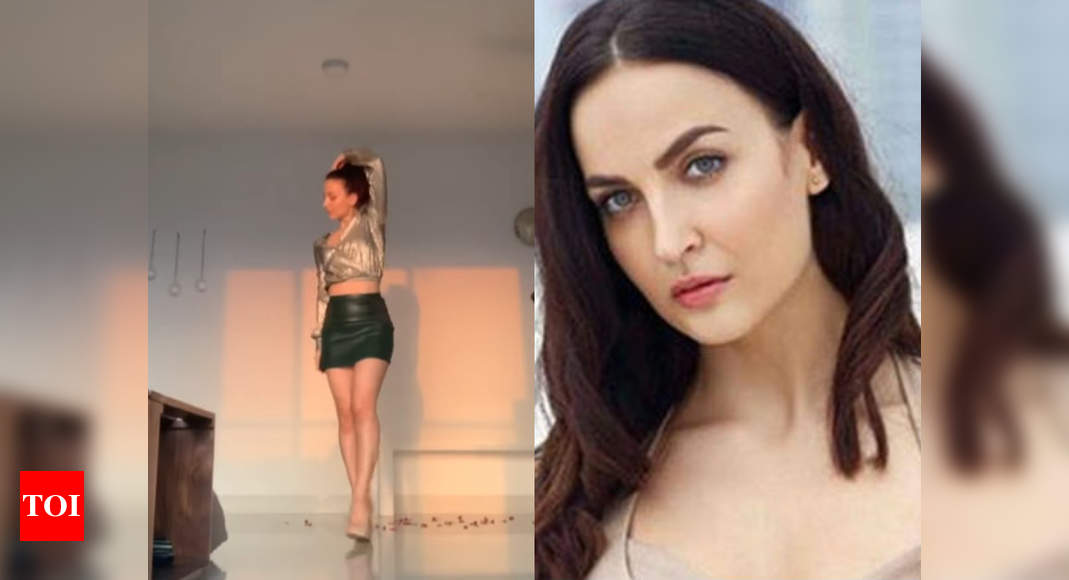 Elli AvrRam is one of the B-town celebs who loves being active on social media. On Thursday, the actress took to Instagram where she posted a video doing catwalk while flipping her hair. Looking like a diva that she already is, Elli was seen sporting a glammed-up metallic top paired perfectly with an olive leather short skirt.

In the latest video, she appeared to be catwalking in her room while opening her tied hair to nail hair flips in the right style.

Elli wrote in her post,” When the phone rings and it says Rahul…Me:… #elliavrram #yourstruly #lovestory

The video quickly grabbed the attention of followers and even celebs like Evelyn Sharma, Simran Kaur Mundi and many more couldn’t stop commenting on the video.

Earlier than this video, Elli had also put up a series of videos and pictures on social media that were quite entertaining for her followers. Her recent twerking video in a red and white striped co-ords was captioned as “How I shake OFF negativity,” also made rounds on the internet.

On the work front, Elli AvrRam was last seen in Mohit Suri’s directional ‘Malang’ with Aditya Roy Kapur, Disha Patani, Anil Kapoor, Shraddha Kapoor, and Kunal Khemu. Elli will be next seen in the song ‘Dupatta Beimaan Re’ for ‘Roohi Afzana’ directed by Hardik Mehta.