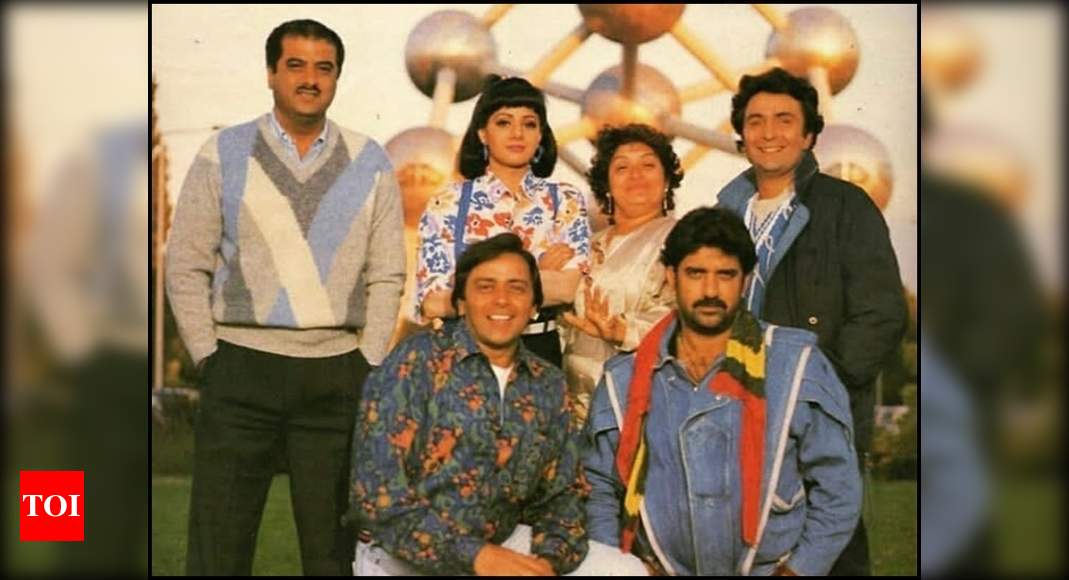 Ace choreographer Saroj Khan passed away on July 3 due to cardiac arrest. She was admitted to a hospital last month in Mumbai after she complained of breathing issues. Her sad demise has left a void in Bollywood that can never be filled. Her amazing body of work will always keep her legacy alive in the hearts of people. Fondly known as ‘Masterji’ in the industry, Saroj Khan worked with all the top actresses in Bollywood including the late Sridevi, Madhuri Dixit, Juhi Chawla, Kajol to name a few.

Producer Boney Kapoor, who worked with Saroj ji in his films like ‘Gurudev’, ‘Roop Ki Rani Choron Ka Raja’ and ‘Mr India’, recently recalled about one of the pictures from a film’s set.

Exclusively speaking to ETimes, Boney spoke about the memories behind this picture which features him, Anil, Sridevi, Saroj Ji, Rishi Kapoor and others. He said, “This was in 1990. We were shooting for ‘Roop Ki Rani Choron Ka Raja’ and ‘Gurudev’ both simultaneously in Holland and Belgium since both the films had Sridevi and Anil. Rishiji was in ‘Gurudev’ in one of the songs. Saroj ji choreographed songs for both films. Unfortunately, the song from ‘RKRCKR’ didn’t make it to the final edit as it had to be cut out from the film owing to the length of the film. Anil and Sridevi from here left to shoot ‘Lamhe’ together.”

Check out the throwback picture here: 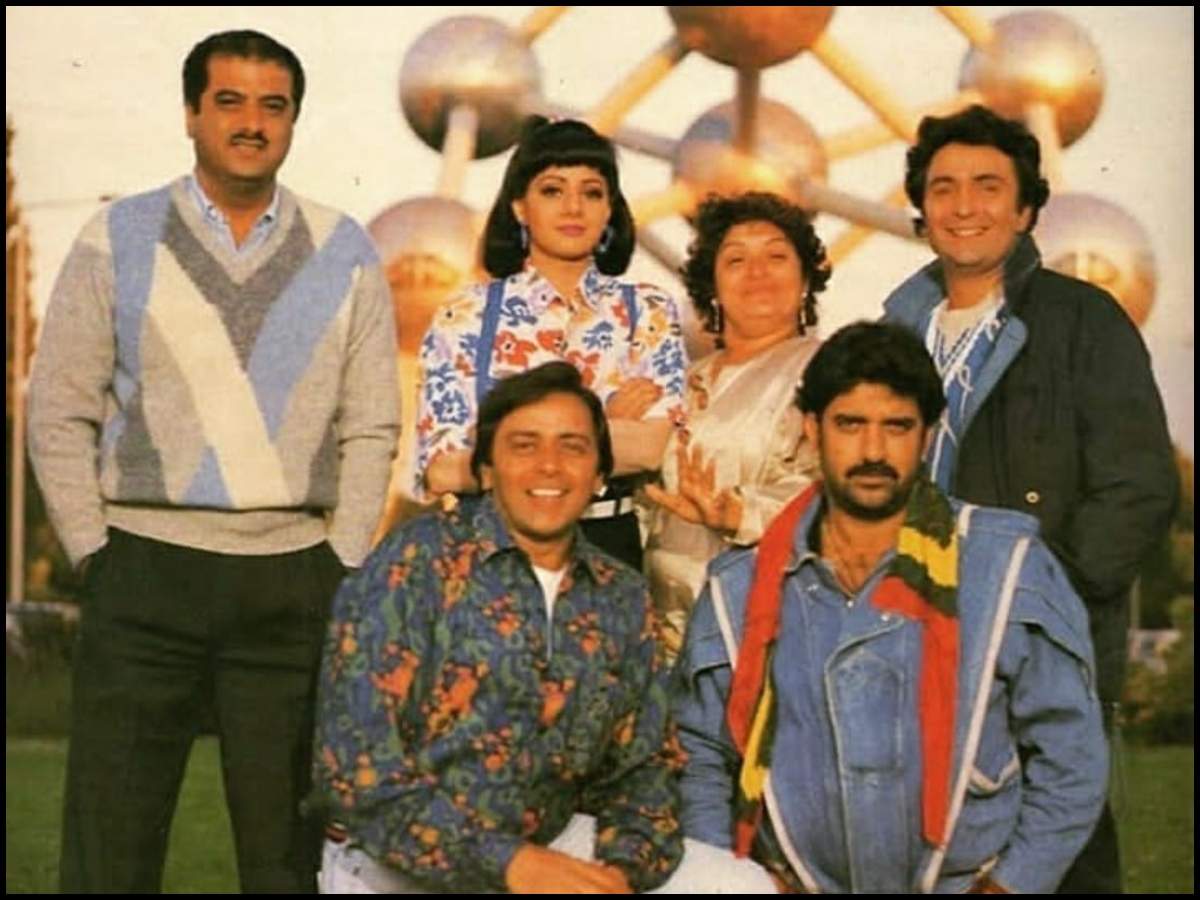 Meanwhile on the work front, Boney Kapoor’s next ‘Maidaan’ with Ajay Devgn will now be releasing on August 13, 2021.