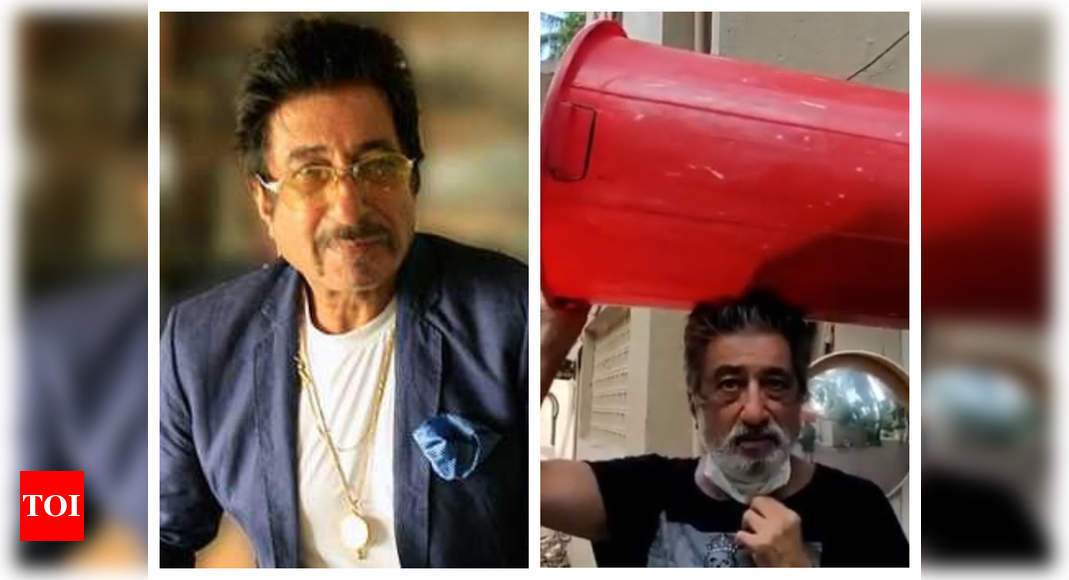 Shakti Kapoor has been making the most of his free time at home during this lockdown by connecting with his fans and entertaining them with his posts on social media. His latest fun Instagram video where he is seen stepping out to get liquor has gone viral on the internet and has been receiving a stupendous response from his fans. In an exclusive chat with ETimes, the actor opened up about the idea behind the hilarious video.
Talking about the same, Shakti said, “I am glad that I was able to make people laugh. I was walking down in the lobby of our building and I saw this dustbin in the corner. I told a guy to shoot a video where I will be walking with the dustbin on my head. I will say I am going to get alcohol and then you ask me to get it for the entire building.”


Check out the hilarious video here: Elaborating more on the comments he has received, he added, “I put it up just a day before yesterday to make people smile and they did become happy. Thousands of messages are coming in saying I made them smile at this hour when it is so difficult to be happy. That is exactly what I intended to do nothing else.”

The actor has also earlier penned a song on the plight of the migrant workers titled, ‘Mujhe Ghar Hai Jaana’. He dedicated the song to the thousands of migrant workers who are struggling to find their way back home. Spilling the beans on the same, he said, “The whole situation is very depressing. You are at home with just a television and your mobile phone. Somewhere in the corner of your heart, you want everybody to be safe. You also want people to go back home. I have friends in New York who want to come back to India. They are well to do people with sufficient food and shelter but they are still longing to come home. No matter if you are rich or poor, everybody wants to go home. When I saw what was happening in Delhi and Mumbai, I decided to do a video on it.”

Check out the emotional song here:

Shakti Kapoor is currently self-quarantined at home with his family. Apart from spending quality time with his loved ones, he has been urging fans to stay safe through his social media handles.