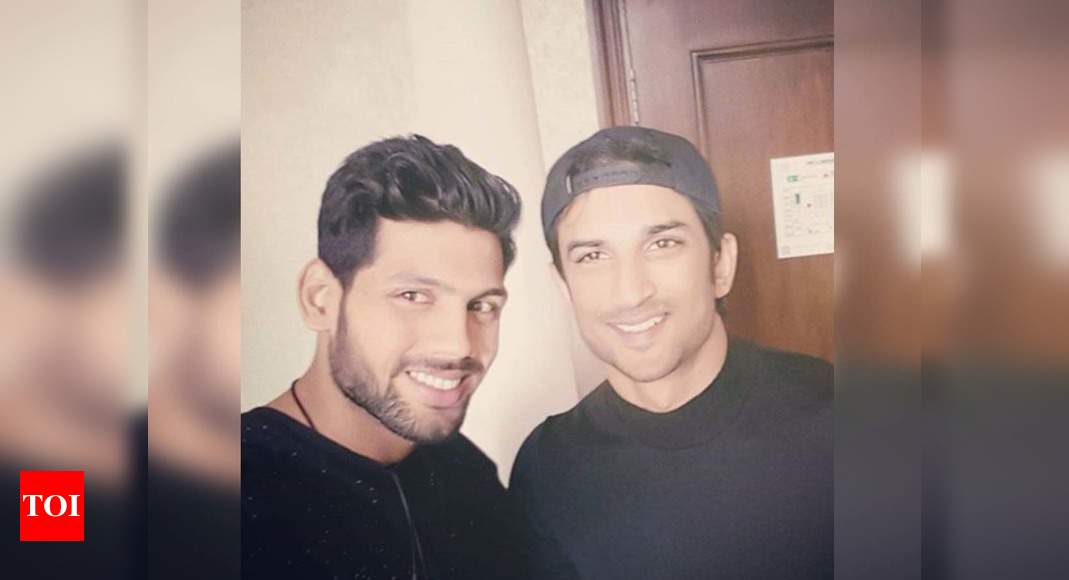 Bollywood actor Sushant Singh Rajput passed away today at the age of 34. According to reports, the actor committed suicide at his Bandra residence. Fans and Bollywood celebrities are shocked with his untimely demise. If there was one thing apart from acting that Sushant was dedicated to then it was his fitness and workout regime. Sushant trained with his fitness coach Samee Ahmed who like everyone else is unable to deal with the news.

Samee, who has been with Sushant for the longest time, spoke exclusively to ETimes. He said, “For me, it was such a big shock that I was thinking that it’s a bad dream. But as soon as I went to his Bandra residence, they took away his body in an ambulance.”

Ahmed, who has worked with him in films like ‘MS Dhoni: The Untold Story’, Sushant’s last film ‘Chhichhore’ and others, also reveals he spoke to the actor last on June 1. He says, “To be honest, I’m actually out of words. Recently, I had a word with him on June 1. He called me when my mother passed away because of cancer. He told me, ‘if at all you need anything or whatsoever, feel free to give me a call and I know how it feels to lose a mother’ as he lost his mother at the age of 16. He asked me to take care of my father and family. That was the last time that I spoke to him, that’s it.”

A lot of speciation is doing the rounds on social media about Sushant’s mental health and well-being. Talking about it Samee adds, “I did know about the depression part and we were trying to get back on track with the workouts and everything. But after lockdown, we weren’t able to stay in touch . Also, because of my mother’s demise I have been too caught up. To be very honest the depression part had been going on, but it had never really affected his work and other things. Most of the times when I met him and whenever we used to workout together, it was more about other things. It was all about science, astronomy, stars, planets and his upcoming projects. So we really never actually spoke about depression which hits your negative side but it was all about the positive goals about his future, about how he needs to train for his upcoming films and other things.”

According to the reports, Sushant used to date actress Rhea Chakraborty but they never denied or accepted their alleged relationship. Ask Samee if anything went wrong in their alleged relationship and he says, “I never got into his personal space and I never felt like something was going on to be honest. It was very sudden for everyone. He never used to share about his feelings and other things. He was someone who used to give you your own time. If you were there with him, he would always want to talk about you and things that you are going through. He was all about being spontaneous. He was pretty lively.”