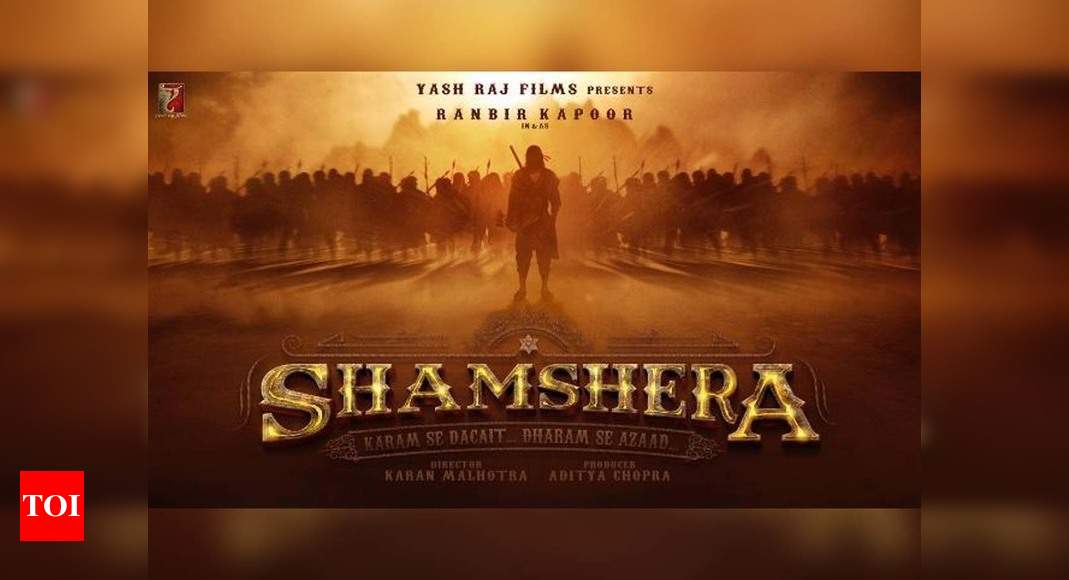 If coronavirus hadn’t struck us then Sanjay Dutt-Ranbir Kapoor-Vaani Kapoor starrer Shamshera would have hit the theatres about 10 days from now (it was slated for a July 31 release). So, the shoot got stalled ever since the pandemic began and finally at last after 3 months of deliberation, Yash Raj Films and Karan Malhotra (director, who earlier helmed Karan Johar‘s ‘Agneepath’ and Brothers) decided to resume and finish the balance proceedings from August 1 onward. Etime has exclusively learnt that this was the date set and so far, the makers had been hush-hush about it.

However, the COVID-19 numbers suddenly started rocketing since the last one week and the spike every day has been only more scary. It would be only prudent enough to not go ahead on August 1 and wait it out for at least 15 more days- was the new general sentiment in the ‘Shamshera’ unit.

So now, Yash Raj has tentatively set an August 15/16 date for ‘Shamshera’ to roll again. This is for a 4 to 6 day of work of few scenes and patchwork.

Confirming the delay, Ashok Dubey (General Secretary, FWICE) told us, “Yes, there has been a delay by a fortnight as far as ‘Shamshera’ is concerned. The shoot for its remaining portions will now begin around August 15.”

Set in the 1800s, ‘Shamshera’ is about a dacoit tribe who took charge to fight for their rights and independence against the British. Ranbir (in a double role) will be seen in the titular character, while Dutt essays the antagonist and Vaani plays a dancer. Ronit Roy and Iravati Harshe also play important roles in the movie.